2016: The Year Ahead in Lorton, Fairfax Station and Clifton
Votes 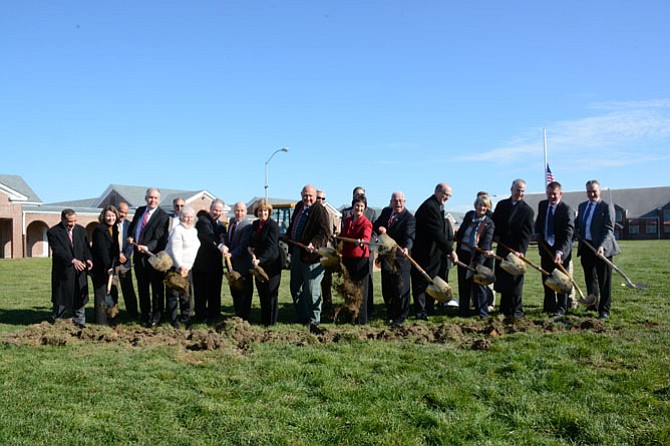 Gov. Terry McAuliffe (D, left) unveiled his budget proposal for $1 billion in public and higher education investment at Mark Twain Middle School in Alexandria on Dec. 16, as part of the total state budget he plans to roll out on Thursday, Dec. 17.

On establishing the review panel, Cook said, “I hope we do, I think we will. But we have to decide what it looks like. The board ultimately has to make that decision after talking to officers and community members.”

NICK FIRTH OF LORTON recently completed his two-year term as President of the South County Federation, a civic association, to assume his role as the group’s Vice President. Firth said the Laurel Hill Adaptive Reuse area, where the former Lorton Prison grounds are in the beginning stages of being transformed into a residential and retail center that is greatly needed in the community.

“We’re missing a town center,” Firth said. “Reston’s got one, and Kingstowne.” Firth is optimistic for commercial entities coming in as part of the new and adapted facilities that will be part of the Liberty Crest redevelopment project.

The South County Federation has also passed a resolution in support of a new police station and animal shelter coming to the Lorton area in the future -- both items were part of the bond issue in the November 2015 election.

“Any time you have a community and think of what defines it, I would say things like rec centers, police stations, libraries and fire stations,” Firth said. “If you don’t have one, it makes people feel like everyone else has a police station -- that’s something that’s a significant step forward for Lorton.”

“Our population continues to increase,” Firth continued, “it’s still the fastest in the county. These things have been lagging behind. It seems like Lorton’s got a really great future ahead of it.”