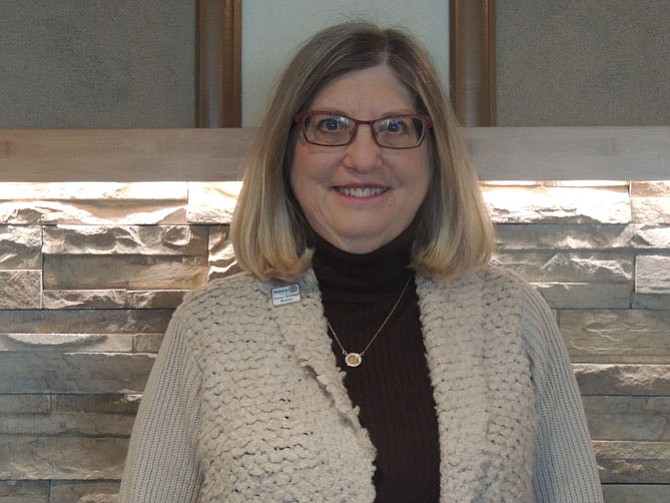 "Service Above Self” is the motto of Rotary International — an organization that Potomac’s Ronnie Chantker has been chosen to lead. She has adopted the motto as her creed and lives it every day as she dedicates her time and talents to local, national and international projects that make our world a better place to live for scores of people and families.

Chantker attended her first Rotary Club of Tysons Corner meeting in 2003 at the invitation of a friend. Because she worked as an accountant in Tysons Corner, she was invited to a Rotary Club that met near her office. She joined, seeking a new opportunity for networking and community service because she had been involved in giving back most of her life.

Chantker quickly became enthused and committed to Rotary International’s mission and goals. “I really enjoy the involvement with members who have a common goal of service to the community as well as to our nation and the world,” she said. “Every Rotarian is a volunteer who donates their free time to the worthy causes of the organization.”

“We are selected early because there is extensive training for a year,” Chantker said. “It’s as if you are a CEO of a company. I will be responsible for 57 clubs and 2,200 members in Virginia District 7610 which runs from Tysons to Purcellville, and from Charlottesville to the Northern Neck.”

Among her many duties, she is required to travel weekly from her Potomac home to early morning meetings in Fredericksburg, Va. and to many communities throughout Northern Virginia. She must visit all 57 clubs within her first three months. She creates the budget for the district, trains the president-elects and the district governor-elects, oversees the Education and Development Committee and plans the annual conference and other training conferences. She must also oversee the goals of each Rotary Club and support each club in its fundraising, membership and charitable efforts.

Chantker is also involved with the Rotary Foundation. “Each district has its own foundation which is the charitable arm of Rotary. It determines the benevolent projects that the club will participate in for the year. We donate to the worldwide projects that Rotary sponsors as well as projects that will serve our local community.

“Serving as district governor is a little scary because it is so much work and organization. It’s really a full-time job. However, it’s also exciting and I am looking forward to it. I had to jump right into serving on many committees, traveling and making decisions. It’s also a wonderful opportunity to be a part of an important organization that truly makes a difference throughout the world. I never would have met the interesting people I have met had it not been for Rotary. Almost immediately we become friends and their creativity, dedication and camaraderie is extremely inspirational.”

Born and raised in Baltimore, Chantker and her husband Art have resided in Potomac since 1973 with their two daughters. She earned her degree in accounting from the University of Maryland and then obtained her Certified Public Accounting (CPA) license. She is currently CFO for Potomac Forum, LTD, as well as an active grandparent to her two granddaughters.

Chantker has received numerous awards from Rotary. She was awarded The Club Builder Award and the Rotary Foundation District Service Award by the district. She is a Paul Harris Society Member, Triple Crown Member and Benefactor. She is also a recent graduate of the Rotary Leadership Institute.

Chantker is looking forward to these next few years when she is busy with her duties as district governor. “Once I have finished my year of leadership in June, 2018, I am not really done. RI always finds a new role to be filled — so I know that my work will never really be finished.”

The Rotary Club was founded in 1905 by Paul P. Harris and three friends. Harris was a Chicago attorney who named his organization Rotary because of the group’s early practice of rotating meetings among the offices of each member. The organization grew quickly to become a national and international organization and now, Harris’ small, local organization has grown into 34,282 member clubs worldwide with 1.2 million members.

RI is an international service organization whose stated human rights purpose is to “bring together business and professional leaders in order to provide humanitarian services, encourage high ethical standards in all vocations, and to advance goodwill and peace around the world. It is a secular organization open to all people regardless of race, color, creed, religion, gender, or political preference.”

Rotary International has many service projects, but PolioPlus, adopted in 1980 is one of the most notable. PolioPlus is contributing to the global eradication of polio. Since the inception of this program, they have contributed over $850 million, countless volunteer hours and inoculated more than 2 billion of the world’s children. Polio is now present in only two countries in the world.

Another initiative of Rotary International is the Water and Sanitation Project. Rotary builds water wells in third world countries which supplies safe drinking water and sanitation to the country.

“Our Club is involved with building water wells in Zambia,” said Chantker. “When we build a well, we make certain it is sustainable and has someone to oversee it. Because we have built the water well near a school, the school is then able to build a bathroom — and more girls attend when there are bathroom facilities. This project really touches my heart because I so strongly believe in education.”

Rotary International has many other local, national and global projects and also sponsors Interact Service Clubs for students ages 12-18, Rotoract for young adults 18-30 years of age, and generous scholarships for college students. To learn more, go to www.rotary.org.