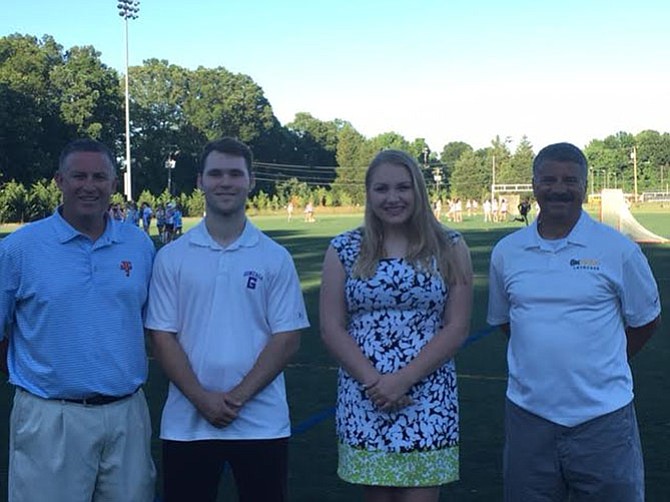 The winners of the Fort Hunt Youth Athletic Association’s 2016 Jackson Casey Memorial Scholarships are Jessica Dorn and Henry Chastain. The $3,000 scholarships are in memory of Jackson Casey, a FHYAA athlete who died in 2011. The applicants were asked to describe in 750-1,200 words the life lessons they learned through their participation in Fort Hunt youth athletics.