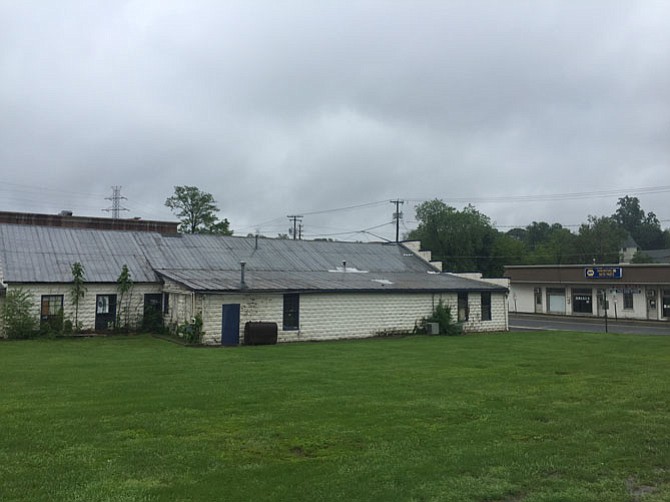 Mayor Lisa Merkel and the Herndon Town Council continued the June 14 public hearing to July 12 to allow additional time for public comment on the two proposals to redevelop 4.675 acres in the historic downtown.

Members of the public who are unable to attend the public hearing may provide comments via the Herndon Downtown Redevelopment Project Comment Form.

Details and presentations of the two proposals are available online, as well as a timeline of the RFP process.

Many Herndon residents are excited.

“I am very excited that we have two really wonderful plans in front of us,” said Signe Friedrichs.

“We are terrifically excited about an 18,000-square-foot arts center right in the heart of our downtown,” said Michael O’Reilly.

“What we are doing now is putting high density living in a very congested area. How are we going to handle the traffic?” said Stephen Mundt.

“With 422 dedicated spots to parking, that is potentially 422 people who are leaving every morning and returning every evening,” said Meghan Gallardo. “We’re going to see a lot of traffic and I want to see how that is going to be managed.”

Some spoke on experience.

“I have serious concern about the the viability of a hotel in downtown Herndon,” said Julia Evans. “With all due respect to the lovely town that I live in, Herndon is not a destination that can support a boutique hotel.”

“The town I grew up in Michigan had a boutique hotel and it was great for a few years,” she said, “but then it went empty and then there were weeds and then random businesses put in. There was no saving our downtown; it took 15 years to recover.”

Some want to ensure the long-term success of Herndon’s future downtown.

“Comstock has a two-year timeline while Stout and Teague has a five-year phased timeline,” said Arthur Nachman. “We’ve just been through the Great Recession,” he said. “Markets can change unexpectedly. … We could be left with a half finished project.”

“The fact that Stout and Teague will not purchase the entire parcel of land concerns me,” said Ken Marter. “I would prefer to have 281 apartments managed by Comstock over a bunch of condos owned by individuals as investment properties,” he said. “Comstock will have a vested interest in keeping their apartments, the property, the common areas, the parking garage in good repair because they will have continued ownership interest.”

And some were funny.

“Having been a government contractor for 33 years, I know that I never got to stay in a boutique hotel,” said Troy Trojanowski.

“I have extreme reservations about economic and financial liability of the hotel they are proposing. I counted nine hotels within the Town limits already,” he said.

Residents offered their take on the proposals at the public hearing before the Town Council on Tuesday, June 14.

HERNDON TOWN COUNCIL wants to hear from everybody in Town.

“We’re hoping to get a lot of on comments on the proposals the next couple of months,” said Mayor Lisa Merkel. “We want to hear from as many people as possible.”

“I don’t know if everyone knows what is going on,” said Councilmember Steve Mitchell. “If everyone here tells five neighbors I think we will get even more response.”

“I’d appreciate that,” he said.

“It’s a lot to digest. It’s 30-plus years in the making we are certainly not going to rush a decision, we’re going to give enough time to hear from all of you,” said Councilmember Grace Han Wolf.

“We want to make sure everyone gets an opportunity to put in your input,” said Councilmember Sheila Olem.

The public comment period has been extended until the end of July, and Councilmembers encourage feedback in writing, on the web, by e-mail or by continued testimony.

Another public hearing is scheduled for July 12, 2016, at Council headquarters at 765 Lynn St. in Herndon.

Stout and Teague proposes a mix of condominiums, townhouses, a hotel, and more, as one of the development proposals for Herndon downtown.

THE TWO DEVELOPERS presented their proposals for the redevelopment of 4.675 acres in historic downtown before a full Council Chamber audience on June 8.

“It is often said that new residences can cost more in services than they generate in taxes,” said Neel Teague, principal with Stout and Teague. “We feel this balance of commercial and residential density will generate net positive revenue.

“The hotel will bring many visitors in the heart of downtown and support the other businesses,” he said.

“This site is truly the heart of historic Herndon and is surrounded by wonderful, wonderful assets, buildings like the one we are in today,” Comstock and Torti Gallas architects as they described walkways and plazas they want to connect people “to and through the site.”

They call the 4.675 acres in historic downtown “dynamic and key,” and “a critical piece of your downtown.”

“I KNOW that it’s been no small task,” said Richard Downer. “I have studied the two proposals and frankly and leaning strongly toward the Comstock proposal.”

“They offered unified management of the whole area and their gross architecture more closely follows the design concept of our pattern book,” he said.

“Shorter construction period and construction costs make it better for everybody, especially for the existing business community,” said Downer. “Comstock promises to maintain and program their whole proposed area while Stout and Teague passes all this responsibility to the Town and also the cost of doing that,” Downer said.

Said Nachman: “Time is the killer of all deals. We need to have a plan that can be completed quickly from start to finish.”

The aesthetic design of the parking garage and its potential impact on traffic was raised by many.

“In Chattanooga they turned a whole side of their parking garage right in their downtown into a rock climbing wall,” said Nicole Wickenheiser.

Al Hobson said he was “going to be kind of blunt.”

Comstock proposes 281 apartments, 18,000 square-foot art space, 17,600 square feet of retail and more, as one of the two development proposals for Herndon downtown.

“Architecture of both is of great concern to me,” she said. “The parking garage is one of the biggest selling points with Comstock because it is surrounded by homes, so it’s not really visible, it just looks like a fairly wide home,” Friedrichs said.

Alison Baez said Comstock convinced her that their architects “show they understand what Herndon is about.”

“I think the Comstock proposal right from the start shows they know what we want here in Herndon,” she said.

Christine Vosseller wants the future development to be “something that introduces new and future members of our community at a price point that may be a bit more reasonable and would be supportive of our future arts center.”

HERNDON’S COUNCIL voted in May 2015, to purchase 1.67 acres of land in Herndon’s historic downtown from Ashwell, LLC for $3.519 million that added to the three acres of downtown land it already owns.

“The Town of Herndon has been envisioning a comprehensive redevelopment in our downtown for decades,” said Mayor Lisa Merkel, around the time of the purchase. “We made significant strides toward that vision by adopting our Downtown Master Plan,” she said.

“Until this purchase, however, we have been limited in our ability to effectively position downtown Herndon for comprehensive redevelopment, as much of the necessary land was under private ownership,” Merkel said.

The Council is anticipated to select the top proposal in the summer, said Dennis Holste, the Herndon’s economic development manager.

“We appreciate your interest and know that some of you who came to listen will mull it over some more,” said Merkel. “We’ll hear from you in the future.”