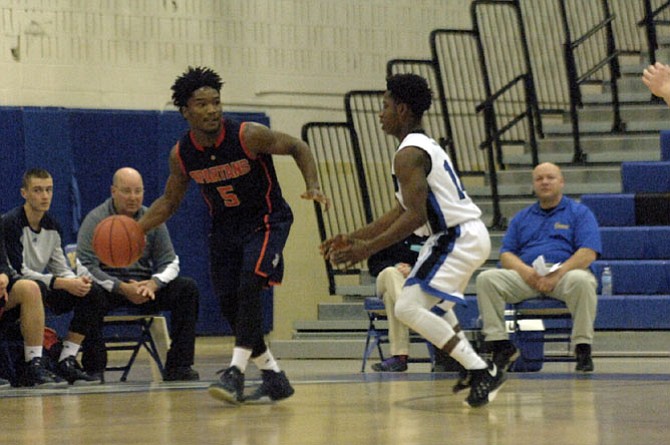 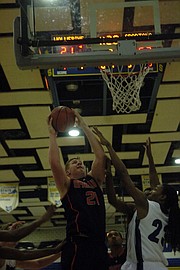 The West Springfield boys’ basketball team entered the Conference 7 tournament as the No. 1 seed but lost to West Potomac in the championship game.

The Spartans had a four-point lead and possession late in the fourth quarter of their region semifinal contest against Westfield but failed to close, losing in overtime.

Having fallen short of a title at the first two levels of the VHSL postseason, West Springfield now enters the state tournament in search of the third and final prize, which is also the most prestigious.

West Springfield, the No. 3 seed from the 6A North region, will travel to take on Oscar Smith, the 6A South runner-up, in the state quarterfinals at 9 p.m. on Friday, March 4 at Old Dominion University in Norfolk. The winner will advance to take on the winner of Battlefield and Cosby in the semifinals at 3:30 p.m. on Tuesday, March 8 at VCU in Richmond. The state final is scheduled for 9 p.m. on March 9 at VCU.

DESPITE THE TOUGH LOSS to Westfield, West Springfield closed the region tournament on a winning note, beating West Potomac 63-60 in the third-place game on Feb. 27 at Robinson Secondary School.

“What I said to them [after the Westfield loss] is, ‘You know what? The big prize is still waiting for us,’” said Spartans head coach Durmia Marshall, the Conference 7 Coach of the Year. “‘We didn’t get the other two, so let’s get the big one.’”

Facing Westfield, the defending region champion and state runner-up, West Springfield was in control, leading 54-50 with possession and 22.9 seconds remaining in regulation. However, the Spartans made just 1 of 5 free-throw attempts down the stretch and lost in overtime, 67-61.

“It hurt a lot, but I think we gained a lot of confidence from it,” West Springfield senior forward Brock Vaughn said. “Westfield is a really good team and I think we showed ourselves we had the game, we just gave it away off undisciplined stuff. Honestly, I think it helped our confidence a little bit after we got over the fact that we lost.”

The following day, the Spartans earned the No. 3 seed with a 63-60 victory over Conference 7 foe West Potomac. West Springfield never trailed and led by as many as 13 points, when a bucket by senior guard Spencer Askew gave the Spartans a 46-33 advantage with 1:47 left in the third quarter.

“We wanted to win,” Djonkam said. “We were hungry for a win, especially after last night, that loss [to Westfield].”

West Springfield enters states with a 23-5 record. The Spartans won 17 of their first 18 games.

Oscar Smith has a 22-4 record, according to maxpreps.com, and finished runner-up to Woodside in Conference 2 and the 6A South region.

Djonkam is confident the Spartans can get the job done at the state tournament.