‘We Owe You Our Freedom’
Votes

‘We Owe You Our Freedom’

Thousands gather in salute to veterans. 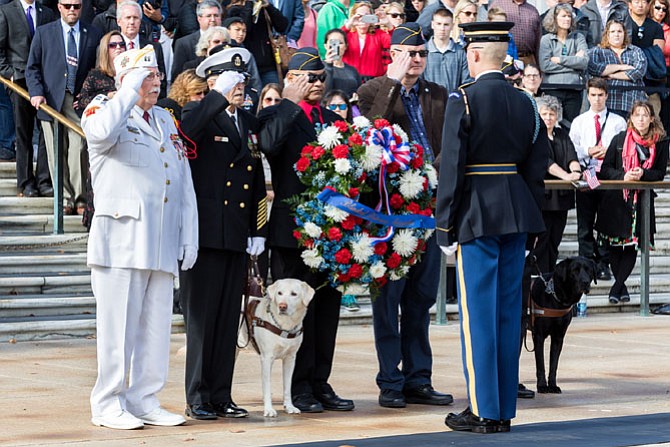 Representatives from the Alexandria based Blinded Veterans Association participate in a wreath laying ceremony at the Tomb of the Unknowns during the National Veterans Day Observance at Arlington National Cemetery | (Photo credit: Mark Mogle) MARK MOGLE 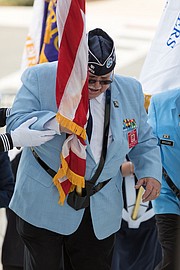 Tim Whitmore, National Director of the Korean War Veterans Association is helped up the stairs as he entered the Memorial Amphitheater as a member of the Parade of Colors during the National Veterans Day Observance at Arlington National Cemetery (Photo credit: Mark Mogle) 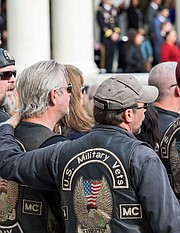 A 21-gun salute signaled the president’s arrival, followed by the wreath-laying ceremony at the Tomb of the Unknowns. Obama was then joined by Maj. Gen. Bradley A. Becker, Commanding General, U.S. Army Military District of Washington, and Secretary of Veterans Affairs Robert A. McDonald in the Memorial Amphitheater, where thousands gathered to hear the president’s final Veterans Day address as Commander in Chief. 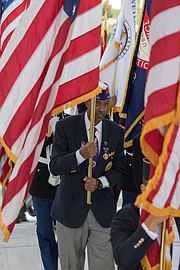 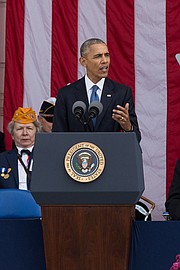