Awareness in the Midst of an Epidemic
Votes

Awareness in the Midst of an Epidemic 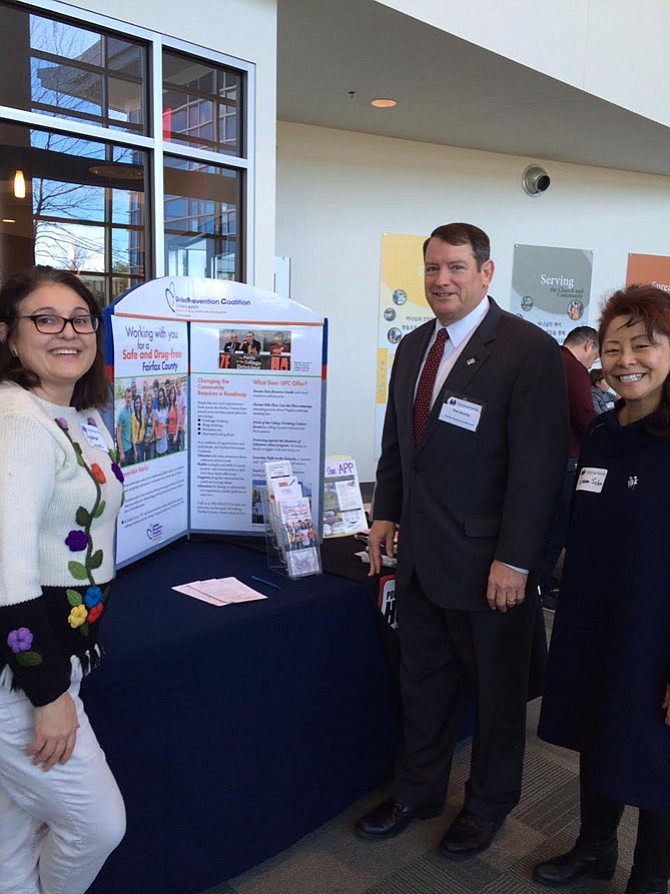 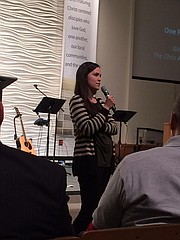 Even though heroin was once considered a drug more prevalent in lower income communities, addiction to this substance is now epidemic in affluent Northern Virginia. According to the Centers for Disease Control (CDC), the use of heroin and other opioids has increased significantly across all demographics of the United States over the last decade. The amount of 18- to 25-year-old heroin users has more than doubled.

“A lot of people don’t realize the magnitude and severity of the opiate addiction crisis in Fairfax County,” said Lucy Caldwell, director of communications at the Fairfax-Falls Church Community Services Board (CSB). “What’s going on here mirrors what’s going on around the rest of the country.”

Since awareness is the first step in confronting the problem, the Western Fairfax Church Coalition and the Christian non-profit organization, One Heart DC, collaborated with Fairfax County law enforcement and the CSB to host the first Thriving Family Summit on March 11.

“The Western Fairfax Church Coalition was inspired to put this event together after the drug-related death of a young woman from Centreville High School last spring,” Caldwell said. “The event was a response to that community, where many people were obviously distraught. It was a tragedy. This was the first time we’ve ever had a summit like this in Fairfax County. And, we really did raise awareness of addiction, we introduced resources available, and then representatives from the faith community were able to give people hope.”

About 200 people attended the Thriving Family Summit, an all-day event held at Centreville’s Korean Central Presbyterian Church. Since emotional health, substance misuse and substance use disorders are linked, the summit was planned so that attendees confronted it all.

“Throughout the day, we addressed general mental health issues, but the focus of the event was drug addiction,” Caldwell said. “It was a beautiful day. There were teens, parents, and even some individuals who just wanted to learn about what is going on.”

The day started with four speakers to shed light on the summit and its intended purpose, as well as to highlight the role of awareness in the reversal of drug trends in Fairfax County, and the world at large.

“According to Jim Cox, second lieutenant of the Fairfax County Police, the epidemic is exploding,” Caldwell said. “It will take all of us as a community to get us out of this hole. He’s been on the force for 29 years, and he’s never seen anything like this.”

Ginny Atwood Lovitt, one of the introductory speakers and executive director of the Chris Atwood Foundation, addressed the audience not only as the founder of an organization that provides resources for substance misuse and use disorders, but also as the sister of a young man who lost his own related battle.

“My message was one of tragedy and hope,” Lovitt said. “My brother lost his life to an overdose in 2013, but out of that loss we started a foundation that helps other families and has rescued almost 50 people from potentially fatal overdoses. This epidemic is complicated and scary, but we all have incredible power to combat it just by going out into our community and being a voice for hope and recovery, not stigma and judgement.”

Following Lovitt’s comments, each attendee attended two breakout sessions of their choosing. There were discussion topics designed for teenagers, and a different selection of topics specifically for parents. Still, everyone who attended — whether parents who spent their breakout time learning new ways to thwart the dangers of cyberspace, or teenagers who chose to open up about depression or addiction with a smaller group — was a part of something bigger.

“We are looking at this as a crisis,” Caldwell said. “There is no way the government alone can solve this. The government has to work with the community at the roots. That’s what this whole event was about for everyone who came. Everyone who was there spent the day considering how to mobilize everyone in Fairfax County.”

Caldwell said events like this will certainly save lives, even if there’s no way direct way to see prevention.

“Many people who lost their young adult children due to death weren’t even aware that their loved ones were using,” Caldwell said. “When a police officer handles an overdose, they can’t always inform families of what happened. So, it’s vital for parents to know what to look for and get involved. A lot of parents might think experimentation is a part of growing up, and that it’s none of their business, but, frankly, your children’s lives are your business.”

Lovitt agreed that an event like this could possibly have made a difference to those who have fallen victim to addiction, like her own brother.

“Events like this are crucial for two reasons,” she said. “One, because the deadly stigma around addiction has to be addressed on a community level to be effective, and two, because the family is the best protective force against addiction. The whole family needs to be educated to prevent addiction, and if addiction does occur, then the whole family needs to be treated to achieve the best chance of recovery.”

While the Thriving Family Summit is a major step in the right direction, experts say that Fairfax County must wake up to reality and do a lot more to effectively combat mass addiction and the fallout that comes with it.

“Fairfax County is slowly heading in the right direction, but we can do better,” Lovitt said. “When something tragic happens, there is a public cry for something to be done, and incremental changes are made, but it's not enough. We are in an unprecedented epidemic. Small actions don't fix huge problems. Swift and comprehensive action is the only thing that's going to be effective — actions like the safe stations started in Manchester, New Hampshire, that have reduced overdoses by 50 percent in a year's time. We need to look at what is working elsewhere and bring it here.”

The hosts, speakers and resource tables at the summit last month drove home the point that there is hope for people struggling with substance use disorders, as long as they come forward and seek out assistance. At the same time, the only surefire way not to succumb to drug addiction is to simply avoid drugs all together — even the seemingly harmless ones.

“Even in the case of marijuana, experimentation should never be encouraged as being OK,” Caldwell said. “We’re not saying marijuana or underage drinking are officially gateways, but a lot of the serious drug addictions we see started with pot or underage drinking. The statistics we’ve seen have proven that, the younger a person starts using, the more likely it will lead to heroin.”

Because substance misuse is an element of mental health, Lovitt said parents can stop the crisis at home long before it might begin.

“Teach your kids healthy coping skills very early on,” she said. “The best way to do this is to demonstrate it yourself. Show them that the answer to stress, depression, or other negative feelings is to ask for help and practice self-care, not pick up a glass of wine. When you have teenagers — listen more than you lecture. Ask open ended questions and make them feel truly heard, even if you don't always like what you hear. They need to know that they can talk to you about anything. That could save their life when it really counts.”