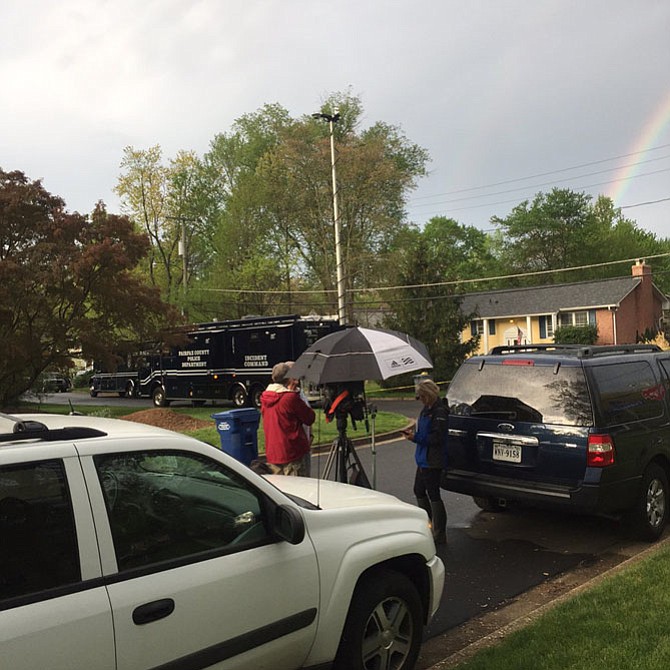 A barricade incident in the Fort Hunt area involving a man experiencing a crisis and his two small children was resolved shortly after 1 p.m. on April 17 when the children were able to exit the home safely, according to police. Photo courtesy of Fairfax County Police Department

A barricade incident in the Fort Hunt area involving a man experiencing a crisis and his two young children was resolved shortly after 1 p.m. on April 17 when the children were able to exit the home safely, according to police. They were taken into protective custody, police said, and are now with family.

The man exited and re-entered the home in the 8600 block of Thomas J Stockton Parkway, not cooperating with police negotiators. Ultimately they tased him when he last came out of the house. Police took him into custody, he was then taken to the hospital to be treated and evaluated.

MPO Don Gotthardt with FCPD said a temporary detention order was issued for the 41-year-old man who was the subject of the barricade scenario. Gotthardt said the man is still under the care of a mental health facility and that “there are no supplements to the report indicating that any charges will be filed.”

The incident began the previous night around 8 p.m. when police said they received a call from a concerned friend who thought the man was having a mental health crisis.

Officers made contact with the man in question inside the house but were not allowed to come inside, police said.

After it was discovered there were two children in the house with the man, police obtained an Emergency Custody Warrant. Crisis negotiators continued an intermittent dialogue with the man into the early afternoon the following day.

Police said they never confirmed if the man had any weapons inside the house. They said they were concerned for the welfare of his children, but that the man never made any threats to harm them.