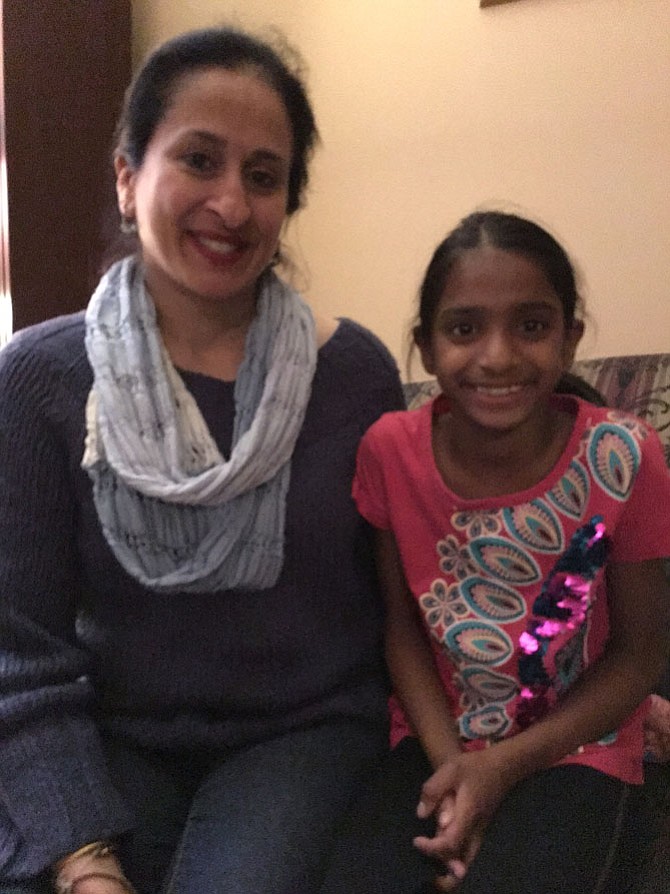 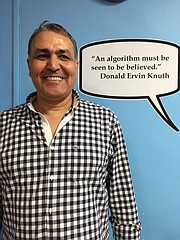 Third-grader Renuka Rana conducts an experiment with Stemtree scientist Krystyna Larkham. Stemtree, the first of its model-kind in the region, opened in Vienna in October 2014.

The term “stem” is seemingly everywhere, from school lobbies to op-ed columns in the media. An acronym for “science, technology, engineering and math,” STEM programs aim to ignite a passion for invention and scientific advancement. Some STEM programs are school-based; some offer summer camps. Some are centers equipped with sophisticated scientific equipment.

The STEM center voted the “best” in the region by Washington Family magazine readers – Stemtree Education Center – has made its home in Vienna since 2014. It is unique in the industry, as founder Dr. Abdelghani Bellaachia says, because the center assesses each student’s level of knowledge and competency to accurately tailor a program to each student’s level of mastery. “We customize a learning plan based on each student’s level; every student is different, at different places of skill, and, our programs are self-paced.”

Located in a small shopping center in the heart of Vienna, Stemtree focuses on bringing science and technology to life in a manner that engages the young child’s instinct to have fun while learning, as well as stimulating the higher critical thinking skills of teens. Bellaachia himself has a lifetime of scientific achievement in his resume. He earned a BA and MS in electrical engineering, an MS in computer science, and a Ph.d. in software systems. He taught college for more than 25 years before turning his attention to nurturing science and technology to the youngest students. Bellaachia created Stemtree in 2010 as an academic resource; in October 2014, he and his staff introduced the existing model, a center-based program. “We work closely with schools,” said Bellaachia. “We never say ‘no’ to anyone who comes in for donations [for school fundraisers].”

STEMTREE partners with Westbriar Elementary School. This summer, the Westbriar-sponsored STEM summer camp will be moved to Freedom Hill Elementary as Westbriar continues its new construction. Stemtree designed the camps to offer a day’s-full of activities but with flexible hours; campers can sign up for a full day, a half-day, single days or weekly participation.

Suneeta Rana’s daughter Renuka, a Westbriar third-grader, has been a part of Stemtree for more than a year and a half. Coming from a family of information scientists, Rana wants her daughter to have the confidence that “she can do anything and not be intimidated” by the technological environment typically seen as a boys’ realm.

Stemtree’s after-school science, technology, and engineering programs are coordinated through the PTA/PTO of local elementary schools. In these school-sponsored programs, children learn key scientific concepts in an atmosphere that Stemtree and participants call fun.

“I do a lot of robotics there, building with Legos and telling it what to do,” Renuka said. “It’s inspiring to build something I like.”

TELLING THE ROBOT what to do, writing commands, is programming, Suneeta Rana said. “They don’t realize that they are programming but they are; they just know they are having fun.”

At Stemtree, there is an open setting and participants profit from one-on-one instruction. The center’s activities and experiments are hands-on and the children apply basic scientific processes to their activities.

Bellaachia and his staff go a step further than simply providing a center for learning; Stemtree also offers homework and SOL support, and tutoring services in chemistry, biology, physics, and computer programming.

Stemtree’s summer camps do not run on a session schedule; it is open participation. Campers engage in technology, science, and engineering activities from 9 a.m. to 3 p.m. Extended hours, up to 6 p.m., are available.