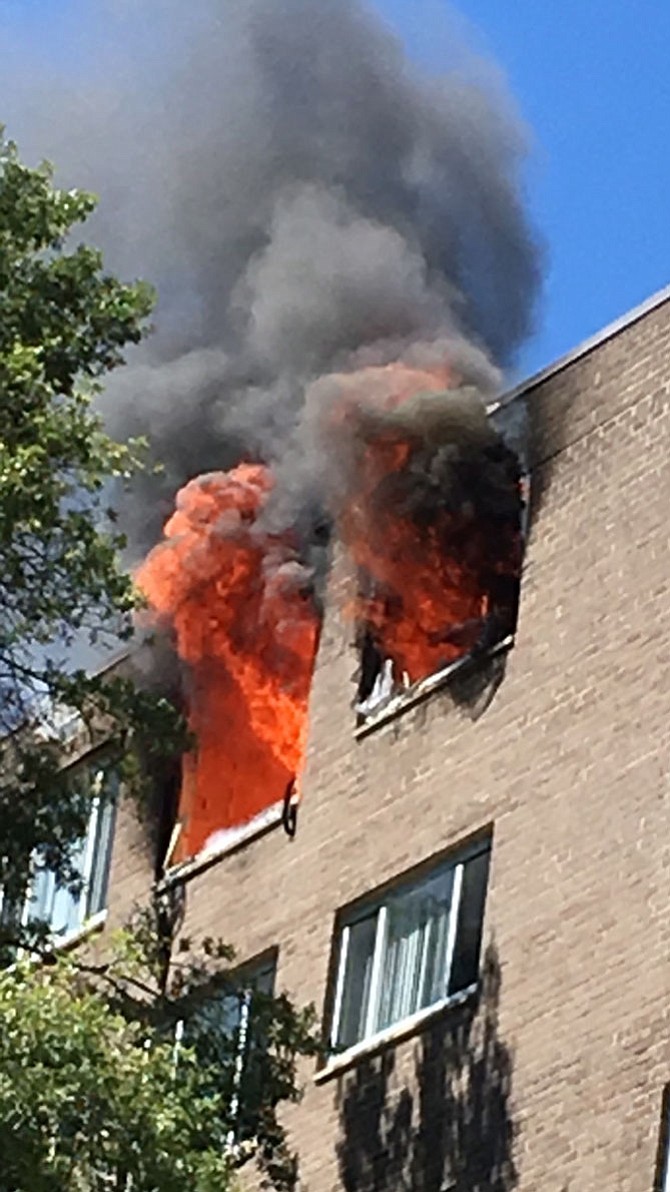 A fire in an apartment building on Columbia Pike, initially reported as a potential kitchen fire, is now being investigated as felony arson. Among the other charges, Demetrius Antonio Taylor, 27, faces charges of felony child endangerment. According to a police report, Taylor allegedly had a verbal dispute with and physically assaulted a female victim. During the assault, the report says Taylor lit a carpeted floor mat on fire before pushing an infant in a stroller towards the flame. The suspect fled the scene and police say the victim was able to retrieve the child and exit the apartment before the flames spread.

The suspect was arrested at 4:30 p.m. later that day when police say he returned to the scene of the fire. The suspect was taken into custody, but the police report says he became combative during police interrogation, kicking at the walls, spitting at officers and making threats. In addition to felony arson and child endangerment charges, Taylor faces felony destruction of property, felony assault on law enforcement, and misdemeanor assault and battery charges.