Latest addition, 395 Express Lanes, are scheduled to be opened in 2019. 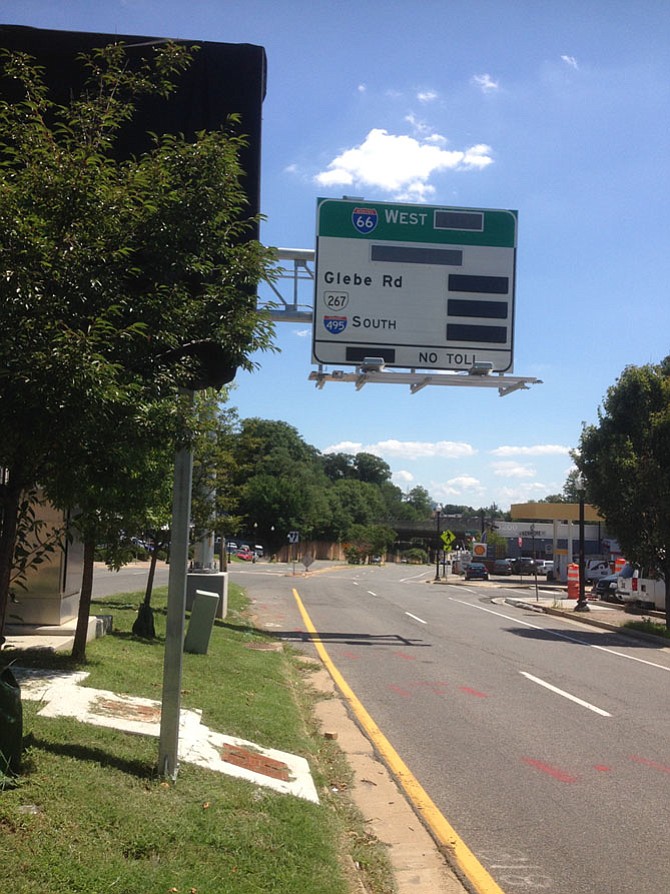 This toll gantry in Arlington is not in use yet, and is currently being tested. Photo by Mike Salmon.

The introduction of the “express lanes,” on area highways have made tolls commonplace for anyone 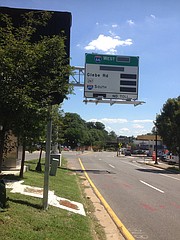 This toll gantry in Arlington is not in use yet, and is currently being tested.

driving in the Northern Virginia area. These lanes on I-95, I-495, and I-395 are outfitted with overhead sensors instead of booths, and everything is done with the E-Z Pass or the E-Z Pass Flex which has a feature for high occupancy vehicles (HOV) to avoid the tolls by carpooling. The variable toll amount is calculated by traffic levels at that time, and this price is reflected on the overhead digital signs.

On I-495, commonly known as the Capital Beltway, the 495 Express Lanes stretch 11 miles from Springfield in the south to a point just past the Dulles Toll Road in the McLean area. These are two lanes in each direction that are in operation 24-hours a day.

The 95 Express Lanes stretch 29 miles from Alexandria inside the beltway, south to Route 610 in Stafford County. These lanes are “reversible,” meaning they are heading northbound in the morning, and southbound in the afternoon and evenings during the week, and almost entirely southbound on the weekend.

The 395 Express Lanes are a continuation of these lanes inside the beltway, ending at the Potomac River. This project is just getting underway, and are scheduled to be opened in 2019. For now, the northern stretch of HOV lanes is still operating under the old rules, that requires a minimum of three passengers during rush hours, and open to anyone during non-rush hours.

In December this year, I-66 inside the beltway, from Arlington to Falls Church, will be a tolled facility but only on the eastbound lanes in the morning and westbound lanes in the afternoons. It will be toll-free for vehicles with at least two passengers for now, but that HOV requirement will change to HOV-3 in a few years when the I-66 express lanes outside the beltway open in 2022. In addition, the Virginia Department of Transportation is adding an additional lane on the eastbound side only, from the Dulles Access Road to Fairfax Drive, a distance of four miles.

On I-66 outside the beltway, officials are building one lane in each direction for 22 miles from Vienna to Gainesville, and there will be two express lanes on each side, similar to I-495. This project, priced at $2.3 billion, is expected to be done in 2022.

The Dulles Access Road and the Dulles Greenway are toll facilities also but the access road still takes change as well as the E-Z Pass, and neither road has an HOV exception.