Four Alexandria playwrights will have plays presented at The Kennedy Center on Sept. 4. 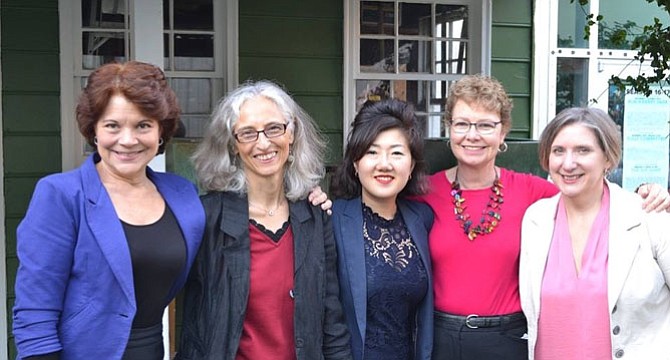 "Each of the plays is different. They range in tone from comic to serious, light-hearted to dark. The plays will feature a company of eight fine actors, all veterans of the local theater scene, in overlapping roles: Hartley Erickson, Allison Frisch, Deborah Hensley, Carolyn Kashner, Peter Pereyra, Faith Potts, Lonny Smith, and Kanysha Williams," said Patricia Connelly of the Pipeline Playwrights.

Three plays will be directed by Jordan Friend, artistic director of 4615 Theatre in the District, and Playwright Ann Timmons will be directing the fourth play, her own "Hank & Gracelyn Go to New York."

The four plays that will be read at the festival include the following:

Connelly said the annual Page-to-Stage festival is a tremendous opportunity for local theater companies to present their new work at The Kennedy Center.

"For Pipeline Playwrights, it is an opportunity to introduce ourselves and our work to a broader audience of theatergoers, people who may not have seen our work before, people who are there to sample the variety of work being developed locally," she said. "It is the one day a year when we can present our work with other local theaters and see how our work fits within the larger theater community."

She continued: "We have all participated individually in Page-to-Stage in the past, but no matter how many times we’ve been part of it, we are always excited to be included in this annual theater event. The Kennedy Center staff works hard to present more than a hundred readings and performances each year; they essentially lay out the red carpet for the local theater community."

"Is it a big deal? Yes! Indeed, it is a great honor to be invited to participate and we look forward to seeing old friends and meeting new ones on Sept. 4," she added.