‘Rebellion in the Heartland’
Votes

‘Rebellion in the Heartland’

A Pipeline Playwrights’ stage reading on April 30 at MetroStage. 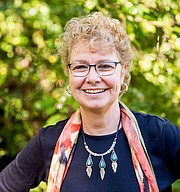 Playwright Patricia Connelly will be presenting a reading of her play, “Rebellion in the Heartland,” as part of Pipeline Playwrights’ second-annual play reading series on Monday, April 30, at 7:30 p.m., at MetroStage in Alexandria.

In parallels to events involving Westboro Church of Kansas, Connelly said the play directed by Gabrielle Hoyt begins with a protest by a church group at a military funeral, led by one of its devoted members, Janet, who is also a lawyer for the church and daughter of its founder. The church teaches that America is doomed for condoning gay rights, gay marriage, adultery, fornication and sodomy. Their beliefs come from their own interpretation of the Bible.

“After picketing at one military funeral with signs that say things like ‘God Hates Fags’ and ‘Thank God for Dead Soldiers’ the mother of the dead soldier sues the church and its leader,” she said. “The play focuses on Janet, an experienced and skilled trial lawyer, who begins to show cracks in her faith and questions the church’s extreme tactics after she comes face to face with the mother of the slain soldier. She inexplicably feels compassion for her. Janet starts to see the world from a different perspective.”

She continued: “Yet, she is torn because, as a lawyer, she believes in the importance of the church’s First Amendment rights and knows she is on the right side of the law. Ultimately, Janet must admit her doubts and decide how to fight for the First Amendment rights of her controversial clients, while staying true to her own beliefs.”

She said she was inspired to write about the issue when she heard an interview with one of the lawyers in the Supreme Court Case of Snyder v. Phelps involving the Westboro Church of Kansas that pickets at military funerals. The Southern Poverty Law Center views the Westboro Church as a hate group.

“I began to think about how attorneys are often called upon to represent clients whose conduct and beliefs differ from their own and still find a way to vigorously represent those clients. Our constitution in fact guarantees the right to counsel in most criminal cases. With the Westboro Church Supreme Court case, the lawyers were not only members of the church, but they were children of the founder. I wondered what would have happened if those lawyers had personal misgivings or doubts about their faith or their tactics and, if so, how that would have played out, under those circumstances,” she said.

Her main challenge was how to get beyond her bias against a group that would picket and display hate-filled signs at military funerals and funerals of gay men and women, she said. “In order to write about people with similar beliefs, albeit fictional characters, I wanted to understand the individuals who participate in groups with such extreme religious views and understand what would motivate them to use the tactics they use. I needed to understand them so I could find a way to create and present my characters in a sympathetic light,” she said.

She said she hopes the play causes people to consider the personal issues for Janet — both as a lawyer and family member of the founder of the church — and what she risks when she questions both family and religion.

“I also hope audiences begin to understand how difficult it is to balance and protect First Amendment rights when espoused by extremist groups that choose to exercise them in a manner that most people find shocking,” she said.

Connelly is the founder of Thelma Theatre and is an award-winning playwright and director. Her plays have been presented at The Kennedy Center’s Page-to-Stage Festival and have been produced in Washington, D.C., and New Mexico.

“Rebellion in the Heartland” will be presented on Monday, April 30, at 7:30 p.m., at MetroStage, located at 1201 North Royal St. in Alexandria. Suggested donation is $10. After the reading, enjoy refreshments and informal conversation with the playwright and actors. For more information, visit http://www.thelmatheatre.com.