Freezin' for a Reason in Reston
Votes

Freezin' for a Reason in Reston 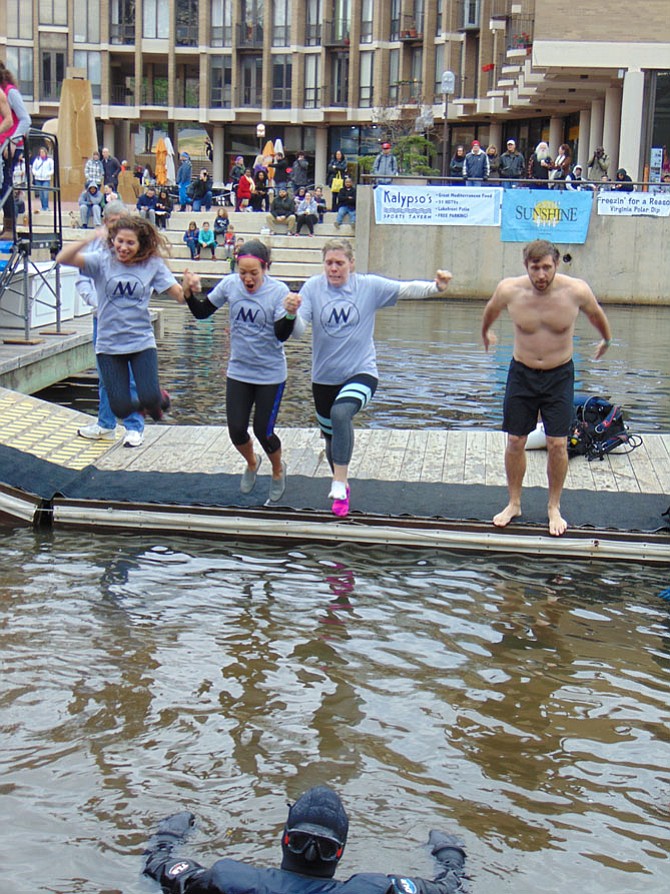 Team Kalypso Sports Tavern gets ready for the plunge to begin.

The Salon Khouri Team before the plunge begins.

The Team Mathias waits in line for their turn to take the plunge.

The Chicken Dippers Team put their feet in the water and did not fully jump in. 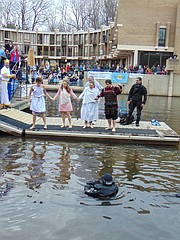 With water temperature at 38 degrees, more than 200 participants took the plunge in the 10th Annual Freezin' for a Reason (Virginia Polar Dip) on Saturday, Feb. 11, at Lake Anne Plaza's waterfront in Reston. The fundraiser is expected to raise $80,000 for Camp Sunshine on Lake Sebago in Maine, which benefits children with cancer and their families. Groups came from as far away as Boston, Ohio, and Maine to participate in this year's event. Chilli Amar of 97.1 WASH-FM radio station emceed the event, which included several corporate sponsors, such as Tropical Smoothie Cafe and Eagle Bank, among others. In the past nine years, 1,484 people helped raise $623,000 for Camp Sunshine through their participation.

"We hope to raise enough money to send families with children with life-threatening illnesses to Camp Sunshine," said organizer Gail Toth. "We thank the community for their generosity in supporting the event every year." Toth's oldest daughter, Jennifer, now 24, had cancer when she was 2 and the family attended Camp Sunshine. She is now healthy and in remission.