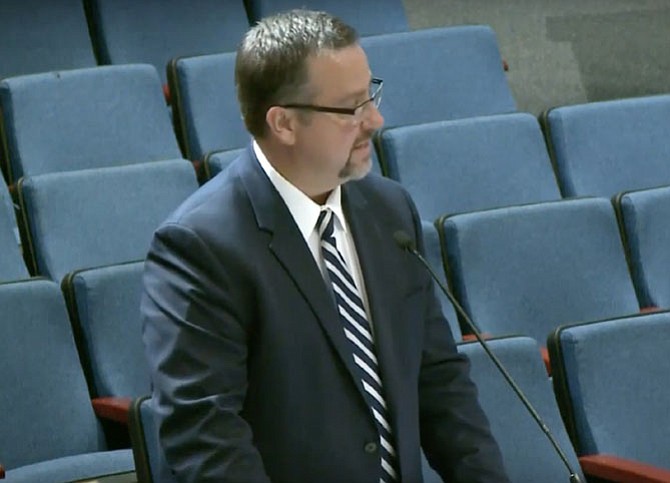 Fairfax County Public Schools interim superintendent Steve Lockard is asking for $130.4 million more for the school system’s FY2018 operating budget than the previous year, a 4.9 percent increase, to a total of $2.8 billion.

“This really is a basic needs budget,” Lockard said in an interview. He stressed that two key priorities of the proposed budget are employee compensation and classroom resources.

“Our programs are what separate Fairfax County from other school systems,” he said. “We’re only as good as the people we have leading them.”

Fairfax County Public Schools’ population has eclipsed 188,000 students at around 200 schools and centers. The staff is nearly 28,000 employees, 90 percent based in the schools.

“We wanted to advocate for the needs that we have, but we need to be prepared should the funding not occur.” — Steve Lockard, Interim Superintendent, Fairfax County Public Schools

In 2016, former superintendent Dr. Karen Garza led a charge for increasing teacher salaries, which she said have been lagging behind the market average and are causing Fairfax County to lose teachers to surrounding jurisdictions as well as fail to attract high quality new instructors.

Last year’s approved budget managed a step increase for employees and began a four-year plan for bringing salaries to the market average.

“We really started in earnest last year,” Lockard said, “the biggest part of the budget proposal continues that work.”

The FY2018 proposed budget includes $44 million for an average step increase of 2.5 percent for all eligible employees, including teachers and non-teachers. As part of that multi-year market average-matching plan, there’s also a $33.2 million investment for teacher pay.

Another $41.2 million covers “anticipated increases in health insurance and contributions to the retirement systems,” according to a release from FCPS.

Kimberly Adams is president of the Fairfax County Council of PTAs. She’s also a librarian at Mantua Elementary School.

“The most encouraging thing is the superintendent kept class size and teacher compensation at the forefront,” she said.

But getting a 5.7 percent raise over FY2017 in the transfer from the Fairfax County Board of Supervisors “is going to be a struggle,” said Adams.

Lockard said the FCPS budget requires 72.2 percent of the total revenue from the county.

“We’re so appreciative of our funding partners at the Board of Supervisors for the collaborative work last year,” he said. “We wanted to advocate for the needs that we have, but we need to be prepared should the funding not occur. We recognize the challenging fiscal times.”

Pre-empting the school board’s adoption of this budget and an advertised transfer from the supervisors, Lockard has already reconvened a budget task force that spent six months combing through the budget last year looking for inefficiencies and opportunities to trim.

“The group will examine work from last year, but also, any additional things we haven’t considered,” Lockard said, adding that the group is already at work.

One added stress contributing to what Lockard anticipates will be a $90 million shortfall is a change in the schedule for paying into the Virginia Retirement System. An earlier plan had the school system paying a $25 million obligation in FY2019, however that has been pushed up to FY2018.

“We’ve been actively lobbying to see if there’s any way that can get moved back,” Lockard said.

FCPS had also hoped to benefit from a meals tax that was on the ballot last November and could have contributed an estimated $70 million to the school system. The measure was voted down, much to the dismay of teachers like Precious Crabtree, who teaches K-6 art at Deer Park Elementary School in Centreville.

“I was devastated as an employee,” Crabtree said. And looking at the FY2018 budget, she acknowledged, “the reality is we’re not going to get all of it.”

But Crabtree added that she and other teachers are still hopeful, encouraged by the ambitious proposal.

“If you don’t ask, say what you need, you don’t get anything,” she said.

Lockard is continuing Garza’s work, she said, though the school board hopes to have a new superintendent in place by the end of the current school year.

“We need someone who is strong,” Crabtree said, “who isn’t going to back down. It’s frustrating that every year is a struggle, that you have to fight.”

Lockard said since 2008, FCPS has cut half a billion dollars from the operating budget, including 2,200 positions.

“We’re constantly peeling back the layers of the onion to try to continue to become as efficient as possible,” he said. “There comes a point where you begin to impact services you can provide.”

“We cannot provide the level of education our students deserve if we are short staffed, stretched thin and losing employees to surrounding areas,” Hickerson said in a statement.

Lockard emphasized that this proposed budget is just the beginning of a long budget process, and that the Commonwealth of Virginia has yet to sign into law its budget, which will have an impact on that FCPS shortfall.

“We remain hopeful and recognize the challenge,” he said. “We’re preparing ourselves to roll up our sleeves, figure out how to best meet our budgetary needs and continue to provide excellent services students deserve and have come to expect in FCPS.”

A public hearing on the proposed budget is scheduled for 6 p.m. on Jan. 30 at Luther Jackson Middle School, located at 3020 Gallows Road in Falls Church. For more information, visit www.fcps.edu/about-fcps/budget/FY2018.