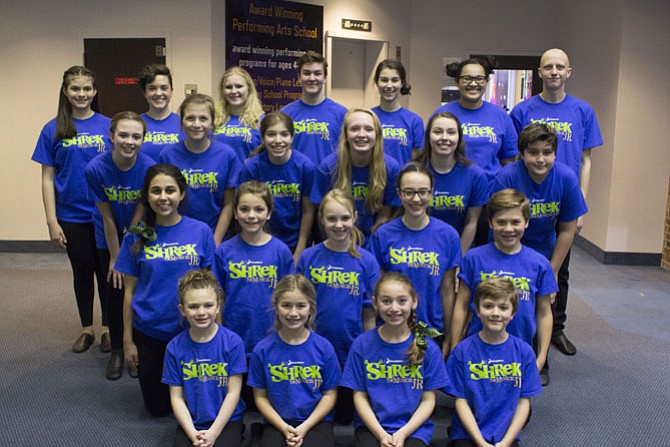 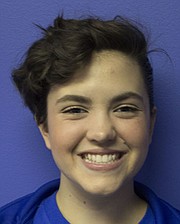 Sonia Mott, 16, Homeschooled in Reston, plays Pig 2. “I love the solidarity of the role with Mary and Marcus [Pig 1 and Pig 3]. We all step forward and speak in unison. It’s a really fun and collaborative process.” 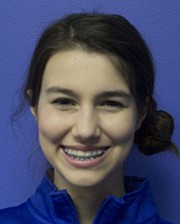 Rachel Rubin, 13, Joyce Kilmer Middle School in Vienna, plays Mama Ogre “For me, it’s not as much about the role I have as it is with the ensemble. I love working with all my friends and amazing cast members. It’s my third year going to the festival and it’s always such a fun time. Thousands of theater kids coming together and singing songs, what’s not to like?” 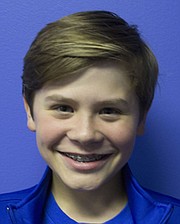 Logan Wagner, 12, Flint Hill School, plays Lord Farquaad. “I like my roll a lot because it’s a very comedic character. You can really be out there with the character. He’s very flamboyant. My favorite part of the show is my entrance. Everyone kneels and I walk on their backs. It’s very Lord Farquaad-y.” 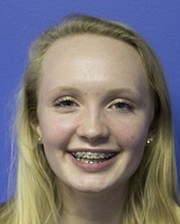 Lauren Spiers, 15, Chantilly High School, plays Princess Fiona. “It’s my first time going, so I’m kind of nervous. But the rehearsal process has been so much fun. I like having the opportunity to put myself into this well-known character. I’m playing her more peppy and less princess-y.”

Groups participating in the festival had to perform a 15-minute selection of a musical for a panel of theater professionals. The 23 students, ages 7 to 15, representing Lopez Studios performed their selection from “Shrek the Musical JR.”

The musical is based on the Oscar-winning DreamWorks film and follows an ogre named Shrek whose peaceful swamp is disturbed by fairytale misfits who have been banished by the villainous Lord Farquaad.

This is the school’s fourth year competing in the festival and the kids began rehearsing in September, says Michael Fowle, conservatory program director.

Lopez Studios has come home with awards in previous years of the Junior Theater Festival, including winning the Freddie G Award for Excellence in Ensemble Work in 2016; the Freddie G Excellence in Dance Group award in 2014; and an individual Freddie G Outstanding Student Director and Choreographer award for student Kendyl Florence.

“I was really proud of the excellence in ensemble work because it means they worked together as a team,” says Fowle. “We’re just happy to be down there and for them to do their best.”

Lopez Studios will be performing the full version of “Shrek the Musical JR” at the NextStop Theatre in Herndon from Thursday, March 16, to Saturday, March 18.