Arlington Democrats Mobilize Under Slogan ‘One of Many’
Votes

Arlington Democrats Mobilize Under Slogan ‘One of Many’ 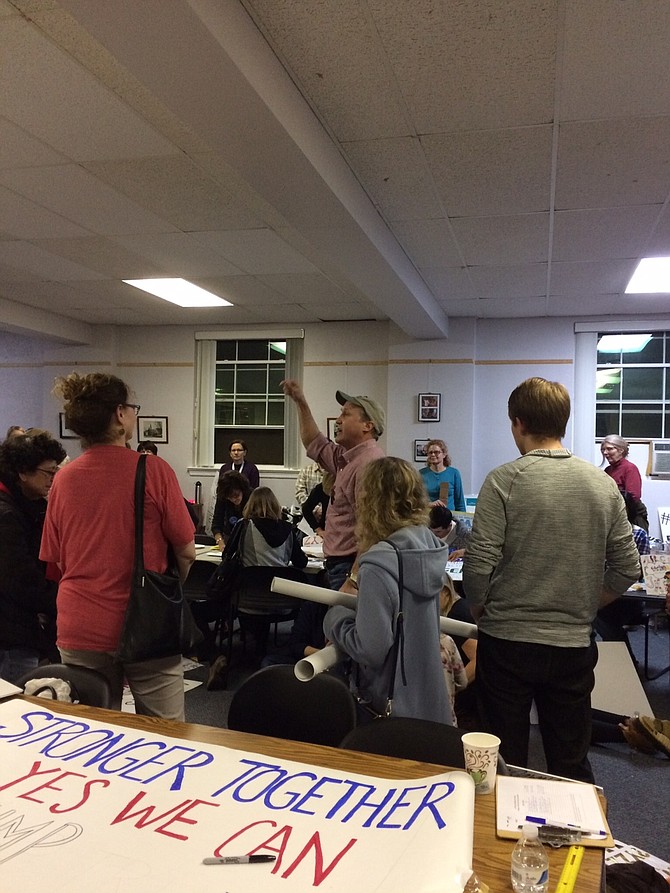 Gene Rossi, candidate for lieutenant governor of Virignia, attended the poster-making party and told the crowd he had not seen such political energy in a room in a long time. Photo by Eden Brown. 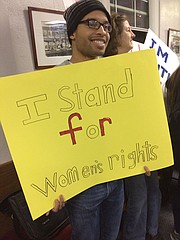 Ryan Dallas of Arlington attended the sign-making party sponsored by the Arlington Democrats Committee on Friday, Jan. 20 in the basement of a local church. 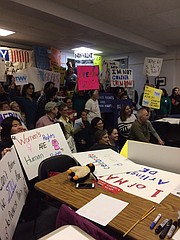 Sign makers posed for a photo at the end of the three-hour session. In the front is School Board Chairman Nancy Van Doren.

Arlingtonians board Metro for the march.

The Arlington Democratic Committee enjoined Arlington residents to join fellow Virginians in a Weekend of Action coinciding with Inauguration Weekend and the Women's March. The theme of the events, “One of Many — you are not alone” and “one of many working for a Commonsense Commonwealth” was reflected on buttons being handed out at the poster party on Jan. 20, and many of these buttons were seen downtown the next day. Gene Rossi, who addressed the crowd as both a candidate for lieutenant governor and an activist, reminded those planning to march that this was the beginning of the marathon, not the end.