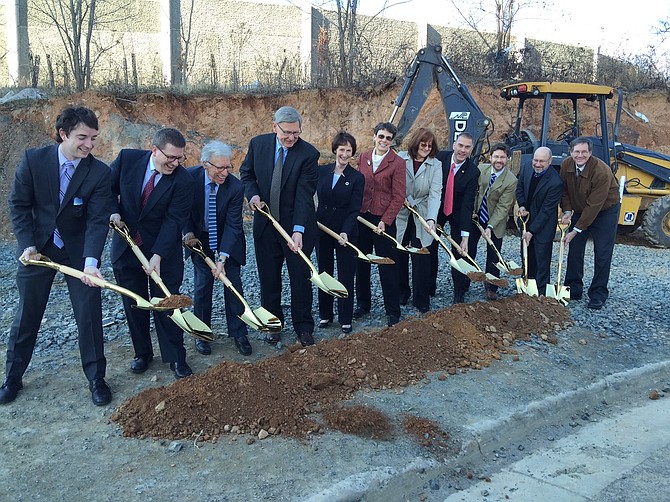 Construction of the $58 million Jones Branch Connector in Tysons began on Thursday, Jan. 26. Photo courtesy of the Virginia Department of Transportation

Construction of the $58 million Jones Branch Connector in Tysons began on Thursday, Jan. 26, according to the Virginia Department of Transportation. The connector will provide a new link to Route 123 over the Capital Beltway and is expected to relieve traffic along congested intersections, carrying more than 32,000 vehicles per day by 2040. The half-mile project includes a new roadway from the interchange of the I-495 Express Lanes and Jones Branch Drive to Scotts Crossing Road. Bike lanes, sidewalks and landscaping Improvements will also be made along the access road from Jones Branch Drive to the express lanes, as well as along Scotts Crossing Road. A raised median will also be added for the future Tysons Circulator bus. Most construction work will be completed at night, but lane closures on the beltway and the 495 Express Lanes will be required in the future. One lane of traffic in each direction is expected to open in late 2018, with the entire project scheduled for completion by late 2019. Representatives from the Fairfax County Board of Supervisors, VDOT and the Fairfax County Department of Transportation, Transurban, Tysons Partnership and Archer Western Construction, LLC, which was awarded the construction contract in December 2016, broke ground near the site with golden shovels.