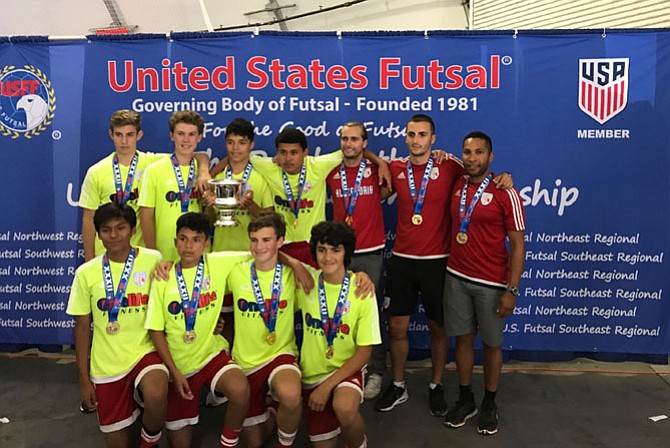 The team won their semifinal game 3-2 against a challenging Futsal Without Borders team from Silicon Valley, Calif. The semifinal win advanced the U15 Boys to the National Championship game against Knowens-Pearson. At the end of regulation time the game was tied 5-5, forcing overtime. Alexandria scored early in the extra period to take a 6-5 lead and hold on for the win.

ASA’s journey to the National Championship began last November. The team secured their spot at the National Tournament after winning the Northeast Regional Finals, held in New Jersey, in February. “This has been an unbelievable journey. Our boys worked so hard leading up to the tournament. They learned new concepts and became a disciplined team,” said head coach Will Hanna.

The ASA family and the community at large provided fundraising support to make this trip possible for the boys. The team is sponsored by Onelife Fitness, who provided practice space as well as uniforms for the team.