U13 boys advance to final four. 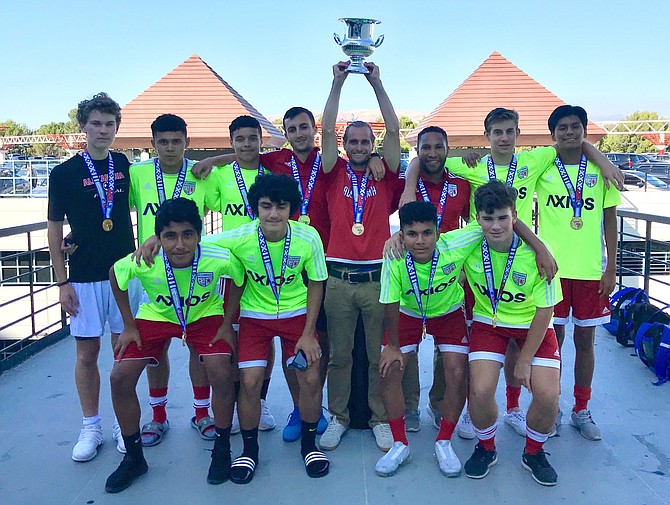 Alexandria Soccer Association’s (ASA) U16 Boys Futsal ID Team won the United States Futsal Federation National Championship for the second year in a row on Sunday, July 22. The competition was held over four days in Santa Clara, Calif. The U16 boys advanced out of their group stage in first place giving them an automatic bid to the semifinals.

“Last summer, as soon as the national championship excitement had settled, one of our players was asked what he wanted to do next,” said head Coach Will Hanna. “His response was, ‘let’s win it again.’ That’s really the attitude we’ve embodied as a team over the past year as we’ve worked towards a second national title. I’m incredibly proud of this group for their perseverance and championship mentality.”

In the semifinal game on Saturday evening, ASA beat Allstar United Earthquakes from San Jose by a score of 6-3 to advance to the finals. The finals took place Sunday afternoon against Futsal 415, the third place finishers in the Northwest Regional tournament, from San Francisco. At halftime Alexandria led 1-0. Early in the second half a spark by Matthew Castillo set things in motion and the game broke open. From there, ASA was able to score several more goals and the game ended with a score of 6-2.

Alex Temoshok, the team’s goalkeeper said, “There was not only a lot of practicing in preparation for the tournament, but also a lot of time spent fundraising. We did a lot of refereeing to make money. We also fundraised by selling snacks in concession stands at tournaments. A lot of extra work was put into getting us here.”

Joining the U16 team in California was the ASA boys U13 Futsal ID team. The U13 boys team made their first appearance at the national tournament, and advanced to the semifinals after three group stage games. The boys lost a semifinal game to SUSC Halcones from Modesto, Calif.