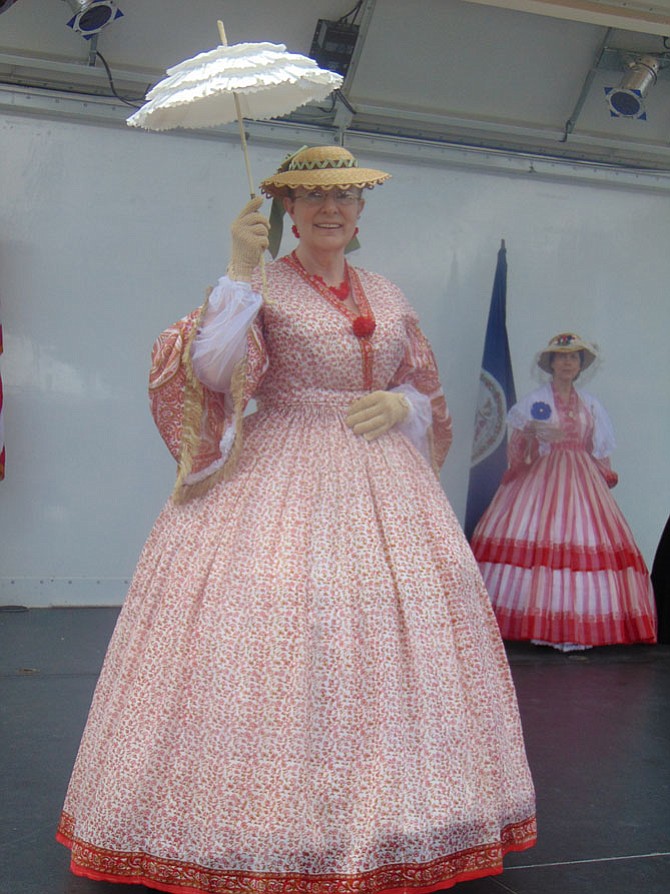 Darline DeMott models a 19th century costume of an upper class lady at the Fairfax Fashion Through the Years: The 18th, 19th & Early 20th Centuries fashion show at Fairfax County's 275th Anniversary celebration on Saturday, June 17, 2017, in the City of Fairfax. Photo by Bonnie Hobbs.

Performers from The Complete History of Fairfax (The Musical) Preview. 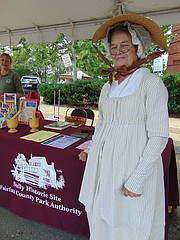 Dottie O'Rourke, a docent for 20 years with Sully Historic Site at its booth. 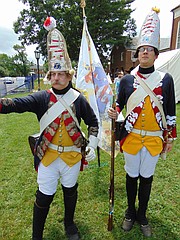 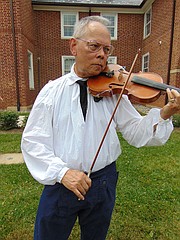 Phil Camero, a fiddler with the Regiment Von Huyn during Fairfax County's 275th Anniversary celebration on Saturday, June 17, 2017, in the City of Fairfax.

A group of models show off 18th century attire during the Fairfax Fashion Through the Years fashion show at the county's 275th Anniversary celebration.