Films include art of painting with wax, history of collard greens, and a doctor walking the line of his own morality. 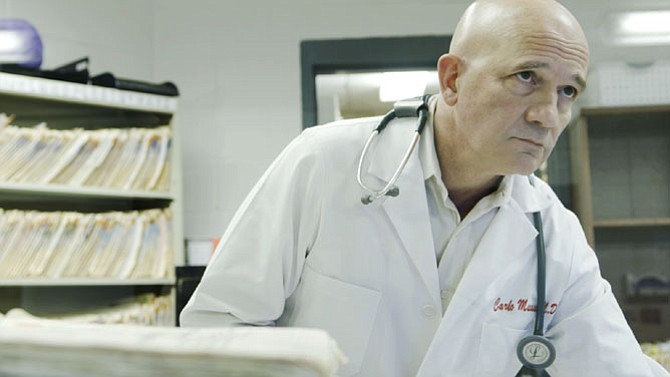 "The Sandman" by Lauren Knapp of Alexandria. Photo contributed

The fifth-annual Bethesda Film Fest will take place on Friday and Saturday,

"Encaustic" by Jaclyn O'Laughlin of Arlington and Joe Dzikiewicz of Alexandria.

March 17-18, and will feature five short documentaries made by local filmmakers. The same five documentary films will be shown at each of three screenings, which feature filmmakers from Virginia, Maryland or Washington, D.C., and each screening is followed by a discussion with the filmmakers. They will be held at Imagination Stage, 4908 Auburn Ave., in downtown Bethesda. The cost is $10.

The films, which are under 20 minutes each, include: "Charlie & Sam" 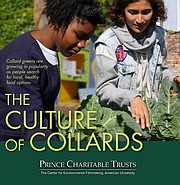 "The Culture of Collards" by Vanina Harel of Washington, D.C., and Aditi Desai of Arlington.

by Ben Powell and Taylor Powell of Falls Church; "The Culture of Collards" by Vanina Harel of Washington, D.C., and Aditi Desai of Arlington; "Encaustic" by Joe Dzikiewicz of Alexandria and Jaclyn O’Laughlin of Arlington; "Frogman" by Tyler Trumbo of Richmond; and "The Sandman" by Lauren Knapp of Alexandria.

Filmmaker Jaclyn O'Laughlin of Arlington created the five-minute film, "Encaustic," with Joe Dzikiewicz of Alexandria about a small community of artists that practice the ancient art of encaustic painting, which is painting with melted wax. This art form dates back to the Egyptian times and had a resurgence in the 1950s with artist Jasper Johns.

"My filmmaking partner Joe and I competed in a timed competition through Docs In Progress in Silver Spring, Md., and we only had two days to make our documentary. It was challenging to find a subject matter for our film within a tight timeframe and individuals who would agree to be interviewed on such short notice," said O'Laughlin.

"The stars really aligned for us and we found some amazing encaustic artists who agreed to be filmed, and the subject matter was also visually appealing and really perfect for a five-minute film," she said.

Dzikiewicz added: "The big challenge in making this film was filming four interviews and B-roll or background shots on Friday and Saturday and then doing all the editing on Sunday."

Lauren Knapp of Alexandria made the 19-minute film, "The Sandman," which explores the issue of capital punishment from the perspective of medicine. She said at the center of the film is Dr. Carlo Musso, who has been helping the state of Georgia execute inmates by lethal injection since 2003, adding that the medical community strongly opposes the use of medicine for executions. Yet, she says, most states practicing lethal injection require a physician presence. In exchange, they offer a cloak of anonymity. Her film explores Musso’s own moral equivocation and justification for providing “end of life care” within the correctional environment, while personally opposing capital punishment.

"Because of the controversial nature of the job, most participating health care professionals remain anonymous," she said. "And so it was difficult to find the names of individuals participating — let alone someone interested in actually talking with me."

Vanina Harel of Washington, D.C., made the nine-minute film, "The Culture of Collards," with Aditi Desai of Arlington about collards greens, which were brought to the American South with the slave trade, and represent a critical aspect of African-American cultural history.

"This project was particularly interesting because it combined the topics of food security, sustainable farming, and culture. We also had three different locations and characters with different activities," she said. "The biggest challenge was to figure out how to intertwine the three in a successful way in such a short amount of time."

The hours of the Bethesda Film Fest are at 7 p.m. on Friday, March 17; and at 6 p.m. and 8 p.m. Saturday, March 18. It is produced by the Bethesda Arts & Entertainment District. For details, visit www.bethesda.org.