The Last Diesel in Alexandria?
Votes

The Last Diesel in Alexandria? 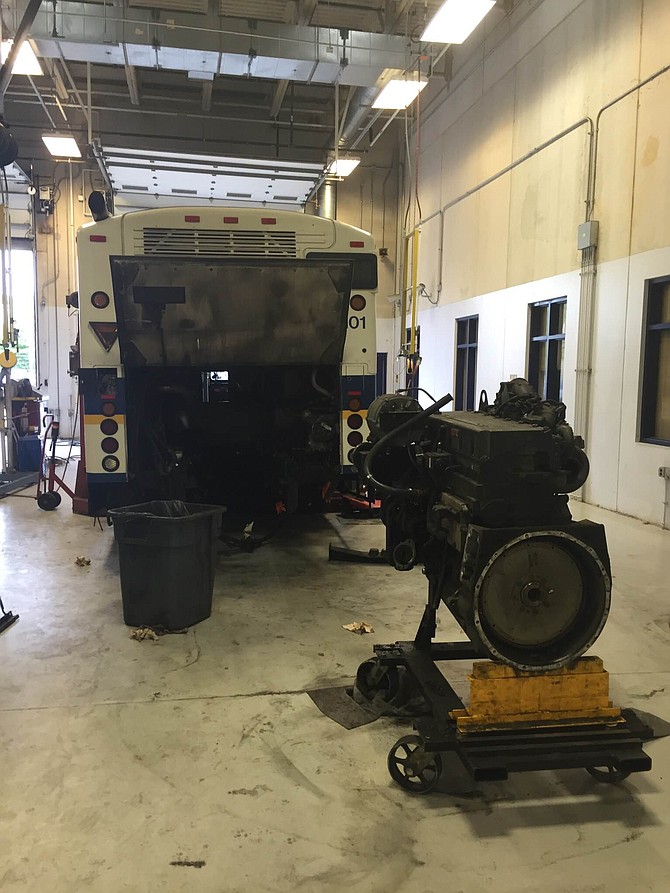 Long term, the plan is to replace Alexandria’s DASH bus fleet with electric hybrid buses. But that goal, while on the horizon, is still just out of reach. In the meantime, DASH will use $13 million in prior year bus replacement funding to purchase 27 new clean diesel buses.

Currently, there are 34 old diesel buses in DASH’s fleet which all failed to meet EPA emissions standards, so DASH has been looking into replace them with a more energy efficient system.

Josh Baker, selected in January as CEO and general manager of DASH, updated the council on Nov. 28 about DASH’s diesel replacement plans. While Baker said he believed electric buses were the way of the future, there were substantial obstacles that made clean diesel a better immediate choice.

Chief among them was cost. DASH would be able to afford either 17 hybrid electric buses or 27 clean diesel buses. Electric buses cost $1 million each, hybrids cost $700,000, but clean diesel buses run as cheap as $200,000. Hybrid buses also require a $50,000 mid-life battery pack replacement. This isn’t including the $1 to $1.2 million that would be required for new bus charging infrastructure. For a bus system working to rapidly replace non-EPA compliant buses, Baker said clean diesel buses are the more inexpensive and efficient solution.

Baker also said that the current selection of hybrid buses in circulation at DASH, 65 percent of the fleet, have also been found to be less reliable and more costly to maintain.

“Unfortunately, if you see a tow truck hooked up to a DASH bus, it’s probably a hybrid,” said Baker. “If we suddenly invest in a bunch of electric buses and they all suddenly die, we’ll be paralyzed. We need to implement them alongside our current buses. There’s an element of strategically placing them in the fleet so we can sustain our services.”

“We are using that [saved funding] to subsidize getting to a state of good repair, which pulls some buses off the road that are heavy polluters, and using that subsidy to help us get to electrification quicker,” said Vice Mayor Justin Wilson. “The whole crux is how quick we get there. That’s the thing I still struggle with. I’m cognizant of funding restrictions, I’m cognizant of calendar restrictions. Sounds like we’re not far off from being able to say, depending on what we learn over the next several months, that this maybe at the last purchase of diesel buses.”

Baker said the group is projecting purchasing six all-electric buses as early as FY 2020 utilizing Volkswagen Settlement funding. These funds were allocated to various states by Volkswagen after they were caught cheating on emissions tests. Baker said DASH is currently seeking some of that funding from the state to fund the city’s electric bus ambitions.

“We’re going to continue as we move forward to work with electrification,” said Baker. “This is something I, as a general manager, believe very strongly in. I believe that’s where we’re going, that’s the future of bus fleets.”