Notorious People Wanting to Be Heard in Herndon
Votes

Notorious People Wanting to Be Heard in Herndon 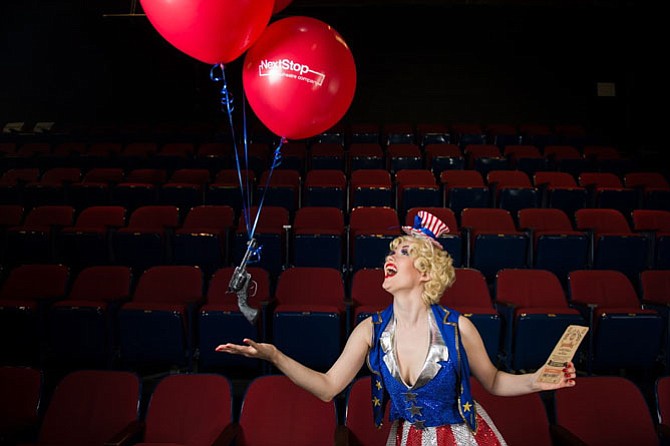 They are a rogue’s gallery of those who wanted to be noticed in America. Each took drastic action so as to be spotted. They are characters in the dream-like carnival-game musical by the legendary Stephen Sondheim. It is Sondheim’s famously provocative musical, Tony Award winning “Assassins” first staged in 1990. The musical is the upcoming production of NextStop Theatre.

Characters range from the well-known John Wilkes Booth and Lee Harvey Oswald, to perhaps lesser-known Sara Jane Moore, Lynette “Squeaky” Fromme, and Charles Guiteau as well as others. “Assassins” delves into the unsettled minds of those who attempted to or succeeded at assassinating the President of the United States. It is a very non-traditional history lesson.

NextStop scheduled “Assassins” some 18 months ago. That was well before recent events in Las Vegas. "Each time horrific tragedies like Sandy Hook, Orlando, and now Las Vegas occur, the country struggles to understand why," added Thompson.

“Assassins’ is not pro-violence. The show tries to give the audience a way to fathom why the portrayed characters did what they did. “It is a way to become aware of what makes some people do such bad things,” said director Jay D. Brock. Brock also directed last year’s “Eurydice” at NextStop.

There are about a dozen songs in “Assassins.” The songs match the various historical eras represented. Titles include “Everybody’s Got the Right” about dreams and being happy, and the chilling “Gun Song.” With one of Sondheim’s stunning lyrics that “every now and then, the country goes a little wrong” the musical is expected to be a potent evening of theater. Veteran Marc Bryan Lilley is the production’s musical director. JC Madsen’s set design is envisioned to add its own visual sense of heat and fury to the production

For Evan Hoffmann, NextStop’s artistic director, ““Assassins’ is about a few people who are so frustrated that they take unimaginable actions. They were wrong. But, listening to ‘Assassins’ doesn’t mean the audience agrees with the actions of notorious people.”

“We promise a theatrical experience you won’t soon forget,” said Hoffmann. “Audiences will see how personal anger can boil over” as some reach out in the wrong way for their own happiness and immortality.