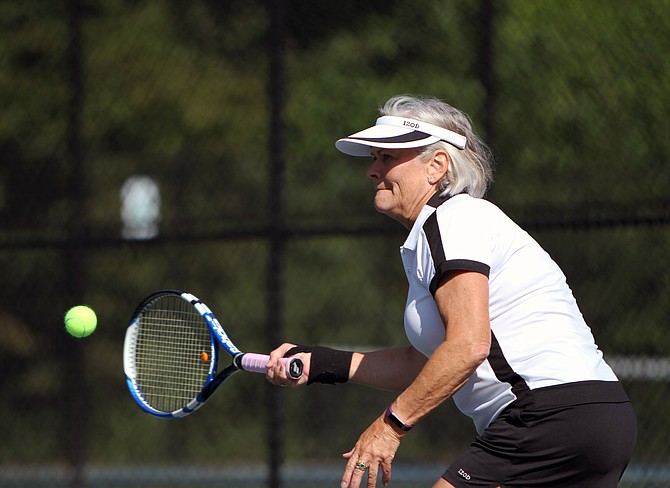 Lisa Bridges from McLean hits a forehand during her match. Bridges won gold in the 50-69 age group. Photo by Tom Manning/The Connection 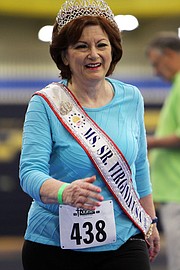 Debbi Miller, Ms. Virginia Senior America, from Fairfax, competed in the 3 mile walk. She came in first place in the 65-69 age group. 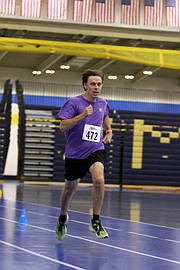 Paul Cachion from Arlington sprints to the finish of the 1600 meter run. He placed first in his age group with a time of 5:52. Cachion runs 2-3 times a week. This was his first Senior Olympics. 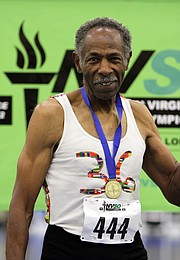 Clarence John L. Wells-Martin from Herndon received a gold medal for placing first in the 60 meter dash in the 70-74 age group. Number 36 is his lucky number from high school. 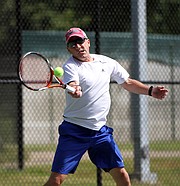 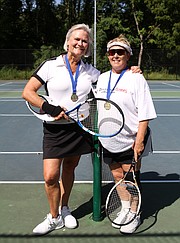 Lisa Bridges (left) from McLean and Sheila Laszlo from Ashburn both won gold medals in their championship matches. 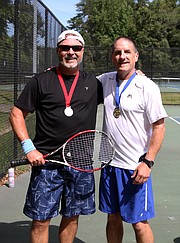 Alease Brooks from Arlington competed in the 800 meter walk in the 80-85 age group. This was her 13th Senior Olympics.