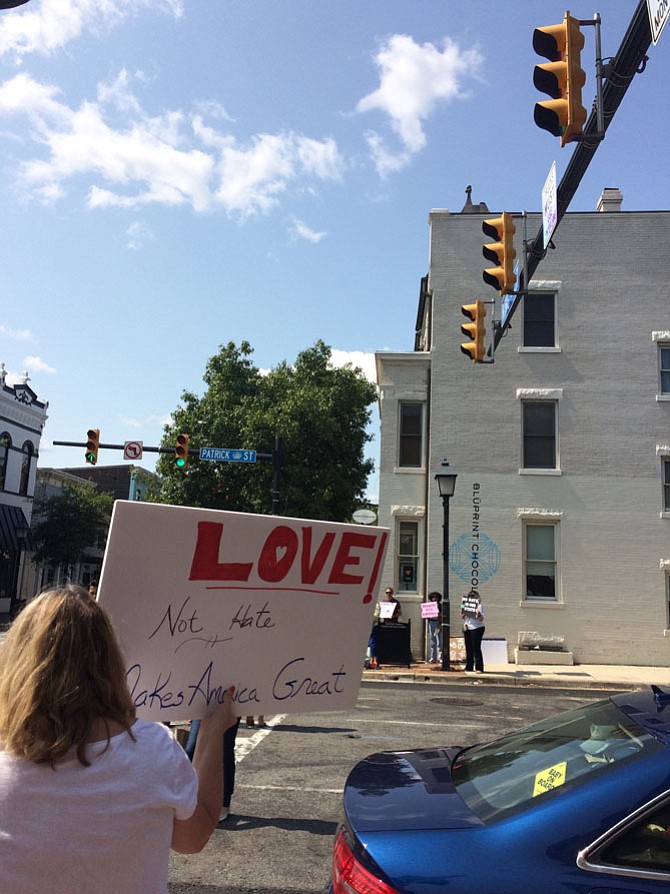 Grassroots Alexandria representative Jonathan Krall said the protests at King and Patrick Streets would continue until Richard Spencer leaves Alexandria, but he added that the protests are not just about Spencer’s presence in Alexandria, but to voice opposition to policies that are being promoted by people on the right side of the political spectrum, like rescinding DACA and reducing support to Planned Parenthood. Fair and affordable housing, equitable education, and other issues are on the agendas of those who are protesting. Different groups are protesting at the King Street location, including church groups and the Tenants and Workers United organization, which is interested in building the power of low-income communities of color – primarily immigrants – to create change and improve the quality of life in Northern Virginia. Photo by Eden Brown. 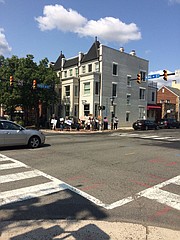 Protests organized by Grassroots Alexandria and attended by many different groups of activists are taking place every second and fourth Sunday of the month. At 1 p.m. on Sunday, Sept. 10, there were about 50 activists displaying signs and handing out literature. The protests have been taking place since Spencer moved his white nationalist organization, the National Policy Institute, to the second floor of this building at 1001 King St. in early 2017.