Students at Nysmith School Invited to the World Robotic Competition 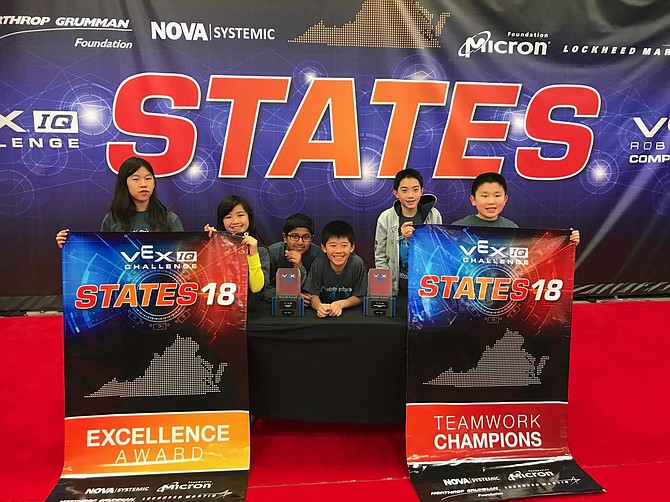 Matthew Li, a seventh grader at Nysmith School for the Gifted in Herndon, and his friends Cynthia Wu and Daniel Wu, all members the Vex IQ Robotics team, Rising Phoenix, were invited by the REC Foundation to present Vex Robotics to the nation's top STEM educators from each state. The presentation was at the Workforce of Tomorrow event presented by US News STEM Solutions on Wednesday, April 4 and Thursday, April 5.

Robotic teams across the globe, be afraid, very afraid. The Vex IQ Robotics team, Rising Phoenix, with team member Matthew Li from Nysmith School for the Gifted in Herndon, recently won at this year’s Vex IQ Robotics Virginia State Championship. middle school division, a one-day challenge in Doswell, Va., held Feb. 17, 2018. The other members of the team are friends of Li's from his hometown elementary and middle schools and his sister, Samantha. Matthew's father, Yun Li is the Robotics Team Coach.

Kenneth Nysmith, Head of the Nysmith School for the Gifted, said: "The team is super thrilled…and can't wait to share that news with all friends and family!"

Team Rising Phoenix designed and built a robot in accord with strict VEX IQ requirements to compete against other teams in a game-based engineering challenge of multiple robotic matches played on a 4-foot by 8-foot rectangular field. Classroom STEM concepts, science, technology, engineering and math, were put to the test as team members learned and practiced lifelong skills in cooperation, leadership and communication while building and competing with their robots.