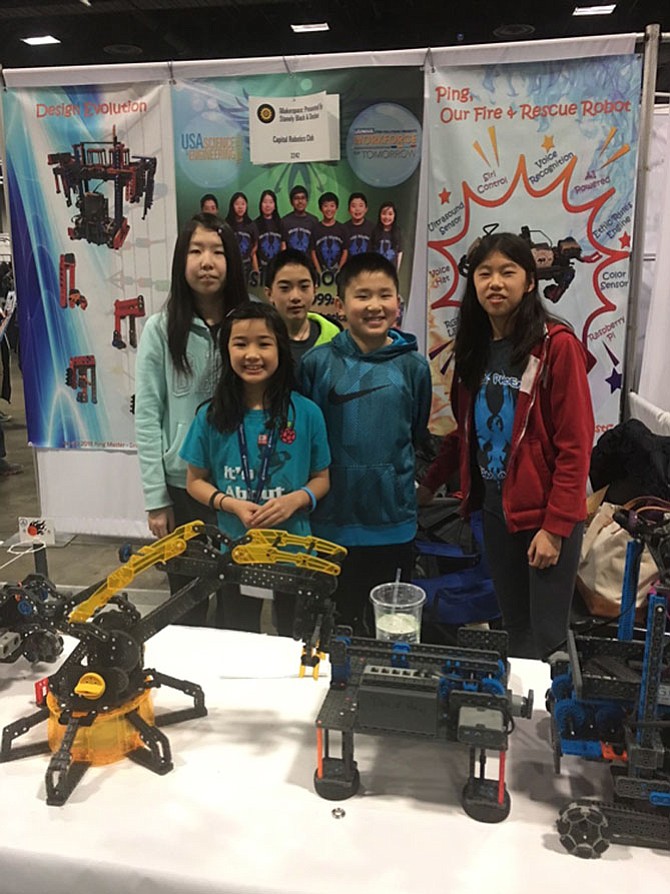 The team at the US Science & Engineering Festival. Photo contributed

Team Rising Phoenix of the Capital Robotics Club is a McLean-based robotics team, and it was the only middle-school/elementary-school students group being invited to this largest STEM festival in the US.

The other Rising Phoenix team members are Matthew Li (Nysmith School), Pranav Anumandlahave (Longfellow MS), Samantha Li (Spring Hill ES), and Daniel Wu (Churchill ES). They have been working together as a team for three years.

“My philosophy is not only to teach the kids how to build a robot, but also to provide a platform for them to learn and discover the essential values of cooperation, communication, and commitment while building robots and competing with others,” said the head coach Yun Li.

The Rising Phoenix recently won VEX IQ Robotics Virginia State Championship in Feb. 2018. The accomplishments of the Team have earned them a ticket to compete in the upcoming 2018 Vex IQ World Competition (Apr. 29 - May 1) with a few hundred teams from different countries and regions.