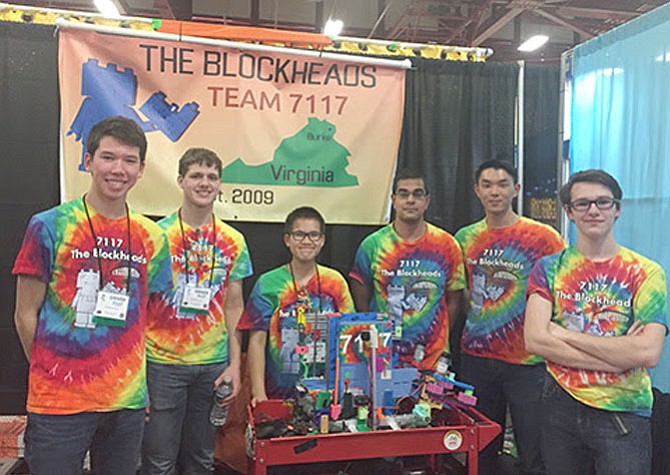 Blockheads are heading to Detroit to compete against teams from 20 countries for FIRST Championships. Photo contributed

Blockheads, a FIRST robotics team with students from Lake Braddock Secondary (LBSS) and Thomas Jefferson High School for Science and Technology (TJHSST) are heading to Detroit to compete against teams from 20 countries for FIRST Championships. The Blockheads (when they first started, they built their robot from Legos), won the Virginia state championship in February for the second year in a row, qualifying for the East Super Regionals in Scranton where they were on the division championship team and qualified for worlds. The Blockheads have earned three straight bids to Worlds for their robot performance. Team members are Roger Clanton, David Desrochers, Paul Han, and Avery Nguyen from LBSS and Sam Bove and Anonto Zaman of TJHSST.