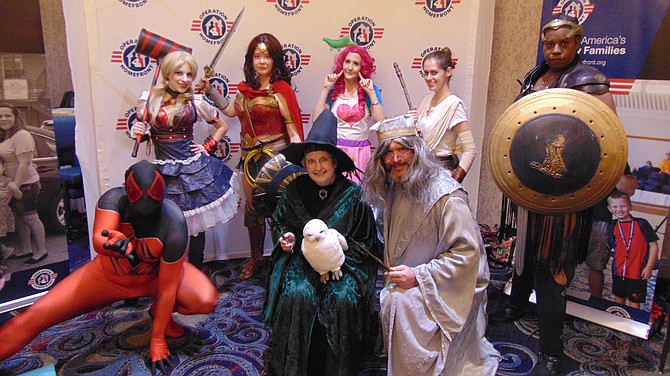 Superhero characters by CosLove of Woodbridge entertained the crowd. Photo by Steve Hibbard. 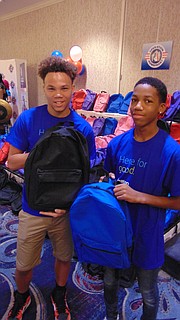 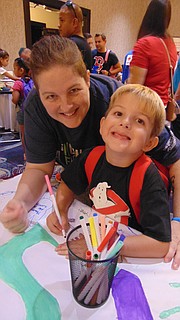 Members of the military and their families select back-to-school supplies.

“Our mission is to build strong, stable and secure military families because we really want them to thrive in the communities they work so hard to protect. And not just struggle to get by. So, one of the ways we are doing that today by helping defray the cost of returning children to school,” said Vivian Dietrich, Senior Director, Operation Homefront. She said it costs as much as $500 to buy school supplies for just one child.

In addition to the back-to-school freebies, there were Superheroes for photo ops, face painting, and Nikita the Therapy Dog. This year, Operation Homefront partnered with the Dollar Tree store, which gave donations and offered their customers to donate school supplies.

Dietrich said since the program began in 2008, Operation Homefront has distributed over 4,000 backpacks locally, and 37,000 backpacks nationally, serving a total of 300,000 children. For more information, visit OperationHomefront.org.