Holiday Story of Redemption and Love in Falls Church
Votes

Holiday Story of Redemption and Love in Falls Church 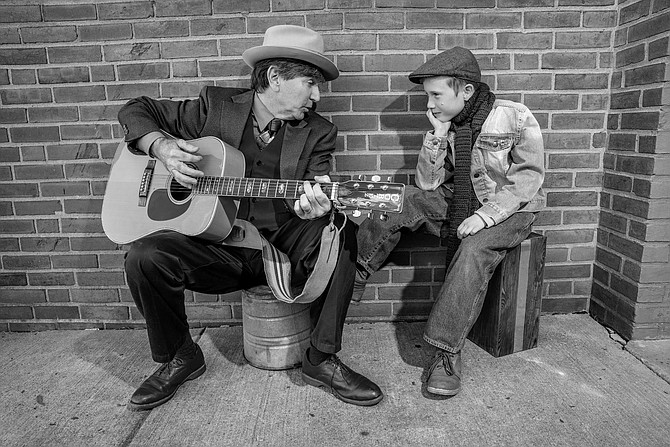 For its Holiday Season production, the Providence Players are presenting a special adaptation of Charles Dickens’ “A Christmas Carol” with an American Depression Era setting. The Rob Zapple adaptation is directed by Beth Giles-Whitehead. She cast more than two dozen actors to bring the show to vivid life along with live Bluegrass music.

Zapple’s “A Christmas Carol” is set during a bitter cold December 1933, in a down-on-its-fortunes St. Louis neighborhood. Times are hard. People are out of work and have lost hope. An unemployed Shakespearean actor and his manager run out of gas. The townsfolk agree to supply them with gas if they tell them the story of Ebenezer Scrooge, Bob Cratchit and Tiny Tim.

“The story of Ebenezer Scrooge’s redemption and turn to love and service for others will always need to be heard no matter how many Christmas seasons come and go,” said Barbara Gilles-Whitehead, Providence Players director. “Our production will provide audiences the opportunity to see this familiar story through a different lens.”

Tiny Tim is played by Caden Mitchell (Mantua Elementary School), who said: “Tiny Tim is a really giving boy who wants to help everyone around him, even though he is one that needs help himself, due to his illness and disability. I like how much he loves everyone and they love him.”

Bob Cratchit is portrayed by Daniel Lavanga: “Cratchit is so utterly devoted to his family. He would do anything for them, including putting up with Scrooge’s abuse day in and day out. And yet he is not a bitter man.”

Roxanne Waite plays Mrs. Cratchit: “The moral of the importance of putting other people above material trappings, the power of interpersonal relationship, and redemption are timeless. It's important to be reminded of such themes and we can always use a good dose of it.”

Ebenezer Scrooge is played by David Whitehead, who said: “I love the change that Ebenezer takes from coldness and disdain to compassion and gratitude. There is no other story like it, it lifts my spirits just playing it.”

The Providence Players production of Zapple’s “A Christmas Carol” will remind audiences that even during the most desperate of times, there is hope with community and family to help shelter you.