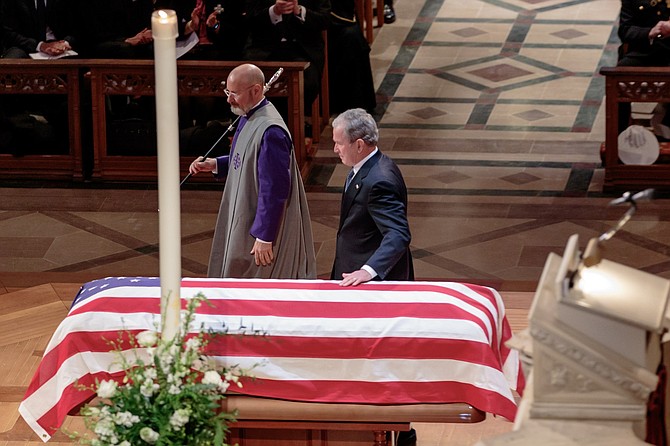 Former president George W. Bush lays his hand on the flag-draped casket of his father, George H.W. Bush, after delivering the eulogy at the state funeral service for the 41st president Dec. 5 at Washington National Cathedral. Photo by Mark Mogle.

The nation paid its respects to George H.W. Bush during a state funeral Dec. 5 at Washington National Cathedral. The 41st president died Nov. 30 at his home in Houston at the age of 94.

Bush was predeceased by his wife Barbara in April. Together they were the parents of six children, including longtime Alexandria residents Marvin Bush and his wife Margaret. 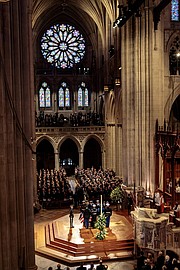