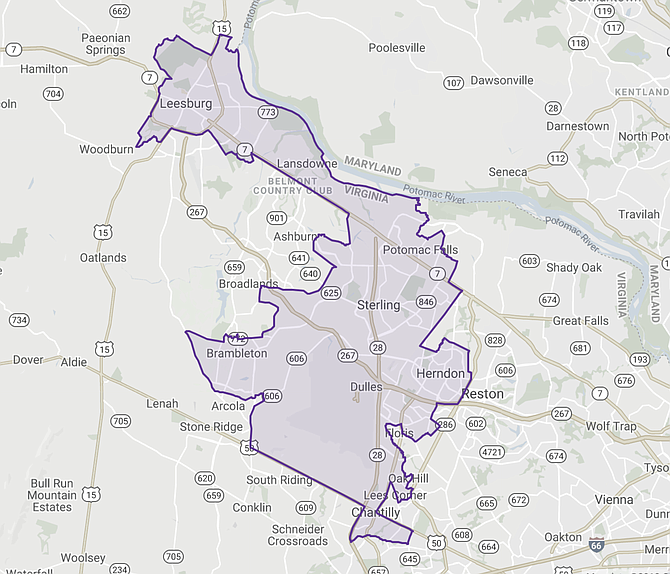 The 33rd Senate District stretches from Herndon and Dulles into Lansdowne and Leesburg. Map courtesy of the Virginia Public Access Project

The first election of 2019 might end up being a harbinger of things to come for Republicans, who have seen their presence all but evaporate in Northern Virginia. It could also test the limits of the blue wave that washed over Virginia since Donald Trump was elected president. The special election for state Senate District 33 features an insurgent House Democrat who is often at odds with her own party’s leadership and a moderate Republican who lost his House seat in a primary five years ago after a challenge from the right. Voting will happen in the dead of winter, and turnout is expected to be very low.

"Special elections are a different kind of beast for campaign, especially ones that have to be run around the holiday,” said Quentin Kidd, political science professor at Christopher Newport University. "It's hard to reach voters and hard to motivate them to pay attention and turn out to vote."

The 33rd Senate District stretches from Herndon and Dulles into Lansdowne and Leesburg, wealthy parts of Fairfax and Loudoun counties where voters have steadily been shifting from red to blue over the last decade. A dozen years ago the district was represented by Republican Bill Mims, who opposed same-sex marriage and supported homeschooling. When Republican Bob McDonnell ran for governor in 2009, he won this district with a commanding 59 percent of the vote. A few weeks after that election, Mims resigned the seat to work in the McDonnell administration, and the seat has been in Democratic hands ever since. Republican Ed Gillespie won seven precincts here during his 2014 campaign for U.S. Senate. But he was only able to prevail in two precincts a few years later during his campaign for governor.

"Joe May Republicans are conducting a test of sorts,” says Kidd. “If he can win or come close in the 33rd it will tell Virginia Republicans a lot about what kind of candidate will help them become competitive again in the suburban and exurban regions of the Commonwealth that have been fleeing their brand of candidate in the last decade." 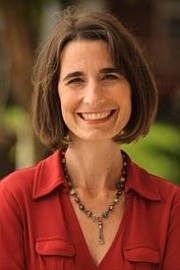 JENNIFER BOYSKO, 52, has been working in politics and government for decades. A native of Pine Bluff, Ark., she was raised in Hot Springs, Ark., before attending high school in Montgomery, Ala. She earned a bachelor’s degree in psychology and French at Hollins College (now Hollins University) in Roanoke. After that, she launched a career in government service, working for U.S. Sen. Richard Shelby when he was a Democrat and later for Dranesville Supervisor John Foust. After she was elected to the House of Delegates in 2015, she made a name for herself by refusing to play by the unwritten rules of the General Assembly — calling a press conference to slam a powerful Republican committee chairman for failing to hear her bills. Last summer, she launched an ill-fated campaign to unseat the House Democratic Leader.

“I didn’t run to just keep a seat warm,” said Boysko. “Going along to get along doesn’t get you anywhere. Sometimes you’ve got to be willing to make yourself uncomfortable if you believe in what you’re doing.”

If elected, Boysko says she would push for in-state tuition for immigrants who arrived as children. She says she would also advocate to raise the minimum wage to $15 an hour. She plans on continuing her fight to eliminate the sales tax on feminine hygiene products, an effort state officials say would cost about $8 million a year. One issue she wants to focus on in the upcoming General Assembly session is making sure undocumented immigrants and refugees are able to receive a driver's license from the Virginia Department of Motor Vehicles. Democrats have long argued that allowing these people access to the roads allows them to keep jobs and raise families, although Republicans have resisted the idea as aiding and abetting people who are violating immigration law.

“It’s a safety issue for me,” said Boysko. “We want people to know how to drive and be safe on the roads. It would also be good for the DMV.” 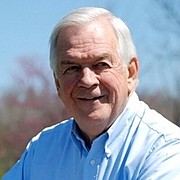 JOE MAY, 81, is chairman of the board at EIT, a Leesburg-based electronic engineering and manufacturing firm with facilities in Danville and New Hampshire. A native of Broadway, Va., May has a bachelor of science in electrical engineering from Virginia Tech. He was first elected to the House of Delegates in 1993, representing parts of Loudoun, Frederick and Clarke in the 33rd House District. In Richmond, he made a name for himself as a moderate Republican, supporting increasing the felony threshold and even tax increases to fund transportation projects. That last position led to his defeat in a primary in 2013, when Republican Dave LaRock campaigned as an arch-conservative who opposed all tax increases — even the transportation deal May helped craft as chairman of the Transportation Committee.

“I never said public service was entirely painless,” May said with a chuckle when asked about the 2013 primary. “But I’m truly interested in getting back involved in Northern Virginia transportation funding.”

In many ways, May would be out of place in the Republican caucus. He supports universal background checks for firearms and he says he would vote in favor of the Equal Rights Amendment. He also says he would oppose Republican efforts to finance Metro improvements with $50 million from the Northern Virginia Transportation Alliance, a move Democrats say would deplete a fund that could be used for other things. On some issues, though, May would fall in line with fiscal conservatives — opposing Boysko’s effort to get rid of the sales tax on feminine hygiene products, for example. He’s also against raising the minimum wage to $15 an hour. One part of his platform comes from his time as chairman of the House Transportation Committee, where he came up with a plan for Virginia to purchase the Dulles Greenway in an effort to reduce tolls.

“I started investigating that two years before I left the General Assembly, and I want to pick up on that again,” says May. “The state of Virginia can purchase the greenway and secure it with 4 percent bonds, which cuts in half the toll requirement.”