Four contenders lineup ready to vie for the possible vacancy.

Democrats may soon schedule a firehouse primary to pick a nominee to compete for the 86th District of Virginia State House of Delegates seat.

The vacancy depends on results in the special election for Virginia State Senate District 33 on Jan. 8, 2019. In the Senate special election, Democratic nominee and current state Del. Jennifer B. Boysko (D-86) faces Republican nominee, former Del. Joe T. May (R) to fill the seat to be vacated by Jennifer Wexton (D) who won election to Virginia's 10th Congressional District.

If Boysko wins the seat representing the 33rd, a special election must be conducted to fill the vacant seat she will leave behind in the Virginia General Assembly. The Democratic firehouse primary for Virginia State Delegate 86th District would be Saturday, Jan. 12, 2019, between 10 a.m.- 4 p.m. 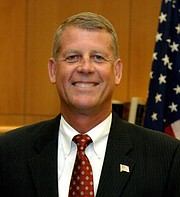 Mike O'Reilly, former Town of Herndon mayor, announces that he will run for Virginia State Delegate in 86th District, pending its open seat after the Tuesday, Jan. 8 Special Election for the Virginia Senate seat in the 33rd District.

O'Reilly cites healthcare, transportation, women's rights, protection from gun violence and the environment as critical issues. "Healthcare is a right, not a privilege. Last year the legislature approved an expansion of Medicaid, which has allowed up to 400,000 people to receive health care. We can’t stop there. All Virginians should be able to have affordable, comprehensive healthcare," says O'Reilly on his campaign website.

Chad Thompson of the Floris community of Herndon wants to make sure the people’s voices are heard down in Richmond, and that starts with "Leading by Listening," he says.

Chad Thompson announced he would seek the seat for the 86th during the Public Comment portion of the Dec. 11, 2018, Herndon Town Council Meeting. According to the candidate’s website, Thompson is a director at a D.C-based grassroots and public affairs firm. Thompson cited education, investing in students; transportation and finding traffic solutions; the environment including renewable energy; ratifying the Equal Rights Amendment; independent, non-partisan redistricting; and healthcare as top issues.

Kofi Annan, president of the Fairfax County NAACP. His children attend Herndon High School. “There has never been a time in recent history when the voice of a civil rights leader, who is also an immigrant, could provide more value added in Richmond,” Annan says.

Another contender, Kofi Annan, civil rights activist, and president of the Fairfax County NAACP, veteran and small business owner, Annan declares he is running because he loves the community and wants "to make sure it remains a place where all are welcome, and where all can thrive." He adds: "Despite the economic growth our region has experienced in the past decade, little attention is being paid to ensure that this growth is sustainable, that it is generating equitable outcomes, or that it is happening in a manner that is responsible to our environment.

“There has never been a time in recent history when the voice of a civil rights leader, who is also an immigrant, could provide more value added in Richmond,” he said. 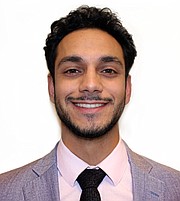 Ibraheem Samirah writes on his campaign website that he is running for Virginia Delegate, "...to give back—by helping families stay healthy, with more opportunities to succeed, and more time to spend together."

Ibraheem Samirah, a dentist who commutes daily from Herndon to D.C., writes on his campaign website that he is running for Virginia Delegate, "to give back—by helping families stay healthy, with more opportunities to succeed, and more time to spend together.” Samirah states transportation, education, jobs and economy, healthcare, drug policy reform and protecting the environment are his priorities. “As a Delegate, I will fight to make our commutes better by decreasing travel times, lowering toll costs, expanding our public transportation systems, and encouraging public partnerships with the private sector to make sure that all Northern Virginians benefit from our area’s rapid development."

Given a Democratic nominee is elected in the Primary Vote, a special election would be conducted to fill the vacant seat for 86th District of Virginia State House of Delegates that Boysko would leave behind in the Virginia General Assembly.