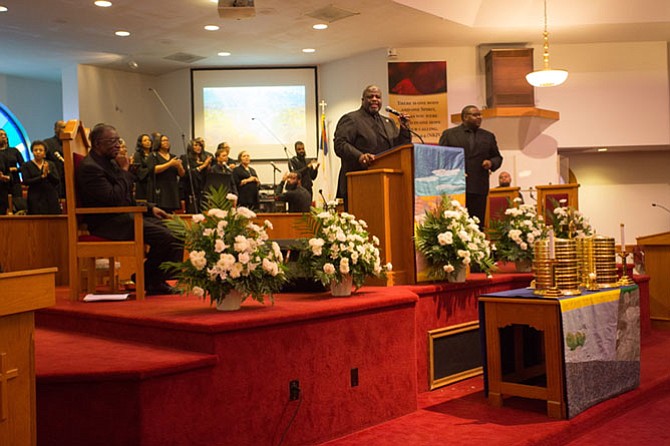 Members of the First Baptist Church of Vienna during the service on Justice and Legislative Sunday at the church Feb. 4.

Super Bowl Sunday morning was “super soul Sunday” at the First Baptist Church of Vienna. The church was packed with members, guests, and a full choir who came to hear Rev. Dr. Vernon Walton and local legislators speak on justice and legislative issues at the church.

Police brutality, immigration, housing, and incarceration were some of the social justice issues addressed in Walton’s sermon to a crowd that rivaled Easter or Christmas. The annual Sunday event follows Martin Luther King Day and prefaces Black History Month which is February, to celebrate the accomplishments of the church community.

“When we see issues that affect the lives of others, we don’t see it as their problem. We see it as our own,” said Rev. Corey B. Gibson, the Youth and Young Adult Pastor.

Current issues in the social and political climate were mentioned by Gibson in a teaser to an eager audience. The #metoo movement, about women’s rights and sexual harassment, and NFL quarterback, Colin Kaepernick’s take-a-knee movement were discussed as ways that the United States is slowly progressing towards equality.

But the theme was that there is still a long way to go.

“We refuse to turn a blind eye to injustices that plague our community. We don’t want to just be a part of the movement, but to mobilize,” said Gibson.

Social justice in the community is what justice and legislative Sunday meant to achieve, calling to action church members, guests, and legislators.

Del. Mark Keam (D-35) was also at the church for the service, and to help answer legislative questions from the community on a panel after the service.

“We are wrestling with the same inequities, insecurities, disparities. But God is on our side,” said Walton in his sermon at the service Sunday morning.

He referenced Martin Luther King’s assassination 50 years ago and the voter rights act as two turning points in the slow but steady march toward social equality.

He made a point to underline that America and the current political landscape still has so far to go for members of his community.

“We have survived Jim Crow, segregation, the pain of integration, and the assassination of our heroes, John F. Kennedy, Martin Luther King, and Malcom X,” said Walton.

Other issues raised at the service were the gap between police and the black youth in American cities.

“Both groups say that they feel vulnerable,” said Walton.

The sermon was best summarized by Gibson with a quote from Martin Luther King. “Our lives end when we become silent about the things that matter.”

Viewpoints: What is the social issue locally in Virginia that is most important to you? 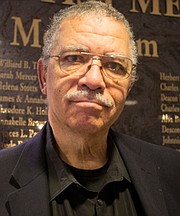 Bill Landrum, retired, Centreville resident: “Putting an end to gerrymandering, and a reform to voting would go a long way in getting more representation from the people. We had a lot more guests today. This is a big Sunday at the church. It draws a crowd almost as big as Christmas or Easter.” 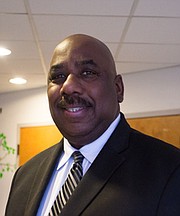 Grant Winstead, entrepreneur: “Mass incarceration is an important social issue. It’s disproportionate against African Americans and people of color. Poor people get caught up in the system and do not have a voice. We must be the voice for them.” 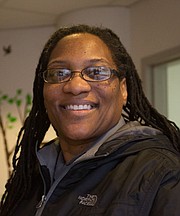 Deena Dean, a security officer, was most concerned about healthcare: “I have my son who has a disability. And right now he was on Medicaid and I live out in Woodbridge and they took him off of Medicaid.” 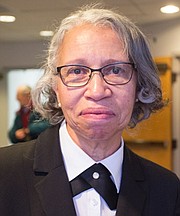 Diane Weaver, retired, resident of Herndon: “The anger that so many people have out there. They can’t concentrate on doing the good that we need to bring us together. After the election I noticed a lot of people looking at me, some in a friendly way and some maybe with disrespect. I think it’s the current political climate.” 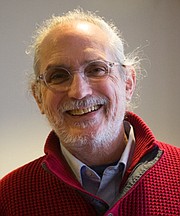 Mike O’Brien, a writer and secretary for the Fairfax County NAACP: “Medicare expansion and Medicaid are so important to people. The fact that our legislators can’t give millions of dollars to the poorest in our state is a problem.”