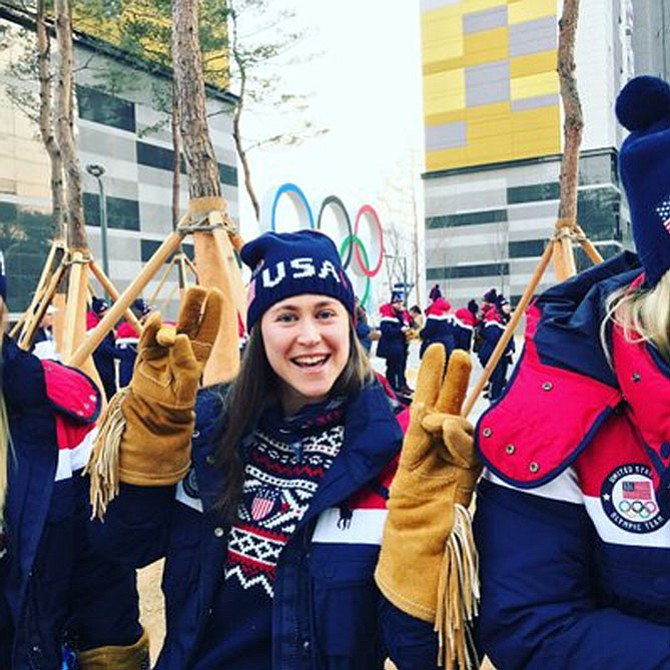 Haley Skarupa, 24, is a Rockville native and Thomas S. Wootton High School graduate, but for now she is an Olympic athlete. Skarupa will compete with the U.S. Women’s Ice Hockey Team, playing forward as the U.S. competes for the gold in a series of games over the next two weeks.

On Sunday, the team won its first-round game, defeating Finland 3-1. They play again, against OAR (Olympic Athlete from Russia), Tuesday, Feb. 13 (after the Almanac’s press deadline) and against Canada on Thursday, Feb. 15.

It’s a full schedule, but Skarupa is a seasoned international athlete with a long and varied career on the ice.

She initially got involved in roller hockey and would play with her brother, Dylan, and his friends in the street.

"Then when he decided he wanted to play ice hockey, I obviously followed in his footsteps and begged my parents to let me play with the boys. It kind of just took off from there," Skarupa told wamu.org in January.

She said in a pressboxonline.com interview in January that she dreamed of becoming a professional after watching the U.S. women's ice hockey team play at the Olympic Winter Games.

"Once I saw them playing on TV, it was immediately a dream that I wanted. Ever since I've been striving toward that," she said.

Her excitement at being selected to the US team can be heard in a Tweet she posted the first of January:

“Truly honored to represent and be a part of @TeamUSA for the upcoming Winter Olympic games with this amazing group of teammates! What a year. #PyeongChang2018.”

Skarupa is the daughter of Tony and Penny Skarupa of Rockville.