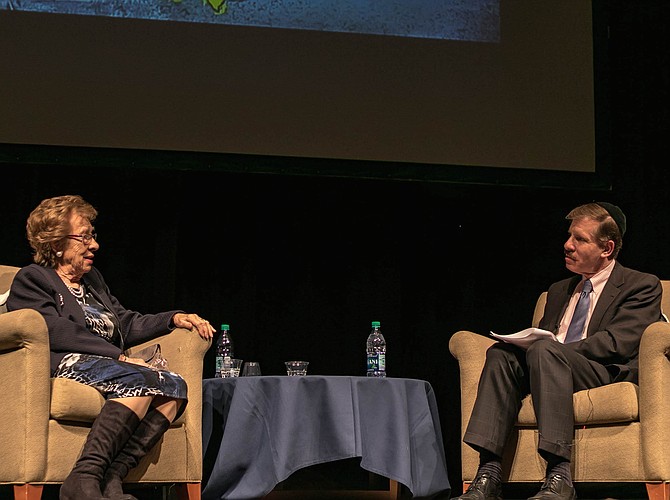 Eva Schloss answers one of Eli Rosenbaum's questions about her life and experiences during the Holocaust. 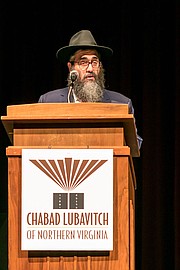 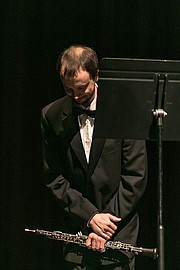 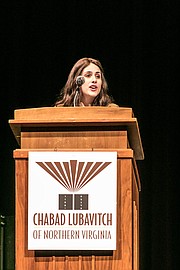 Co-director of Chabad Lubavitch of Northern Virginia, Raizel Deitsch, gives an introduction and talks about her family’s experiences.

More than 1,100 people gathered in The George Mason University Center For The Arts in Fairfax on Wednesday night, Feb. 7, for “A Historic Evening With Eva Schloss.” Schloss, the 88-year-old step-sister of Anne Frank and Holocaust survivor, discussed her wartime experiences, stories of loss, and her hope for future generations and the World. The presentation, put on by the Chabad Lubavitch Centers of Northern Virginia, also included a video presentation and a musical tribute of Ani Maamin by oboist and conductor Eugene Sidorov.

Before the presentation, VIP guests gathered for a reception with guitar music played by Stanley Albert, and also were able to sit down and speak with Schloss one-on-one while getting her book, “Eva's Story,” signed. There was a steady flow of people gathering around her the entire time, telling their childhood stories, discussing relatives they lost in the Holocaust, and asking her many questions about her experiences.

Eli Rosenbaum, U.S. Department of Justice’s Office of Special Investigations, led the talk and Schloss started off with a story about her first encounter with anti-Semitism.

She was 9 years old and went to play with her Catholic friend after school. When she arrived at her friend’s house, the mother slammed the door in her face and told her that she never wanted to see her there again.

A confused Schloss ran home to her mother hoping she could shed some light on the situation, and her mother replied with "This is how life is going to be now."

She then went on to describe in detail the years her family was in hiding, the separation of her and her mother from her father and brother, and the Dutch nurse who in 1944 pretended to help them hide, but was in the end a Nazi who turned them in to authorities.

With the audience silent and enthralled throughout the presentation, Schloss detailed her nine months spent in Auschwitz-Birkenau and the last moments she saw her father and brother. She ended her talk discussing the importance of education for everyone, and by telling the audience that all need to look after the planet. Schloss said, "It's a wonderful gift from God for us to enjoy."

The closing remarks by Rabbi Leibel Fajnland, director Chabad of Reston-Herndon, echoed these thoughts by saying, "We must become better not bitter."

Schloss stayed quiet about her Holocaust experiences for 40 years, and it was not until 1985 that she decided to devote herself to Holocaust education and world peace. Since then, she has written three books, delivered more than 1,000 speeches and had a play written about her life.

Schloss is currently on a speaking tour around the United States sharing her and her step-sisters stories, hoping to educate and help end the violence and bigotry that she sees in the world today.