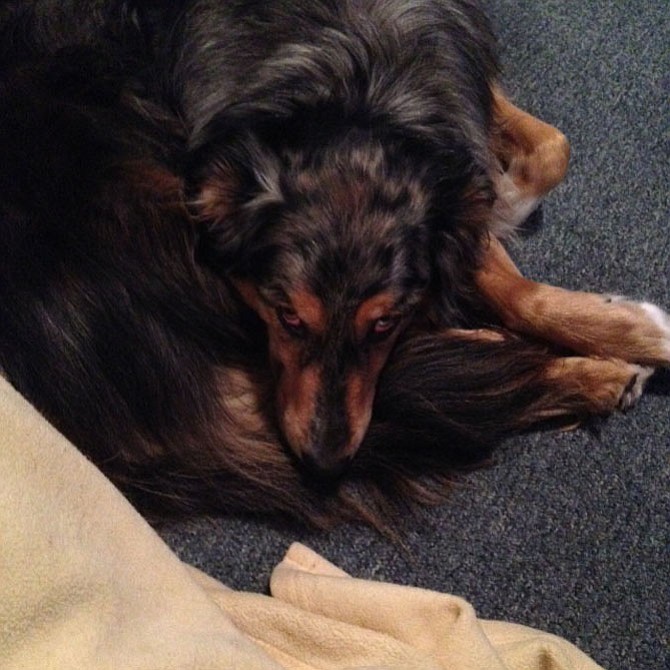 This is Lulu. We brought her in from San Francisco after our daughter and son-in-law were unable to adopt a dog at a local adoption event. They arrived early to the event and chose a puppy. Event organizers, however, later decided to hold a drawing for the puppies. Our daughter and son-in-law lost out. The following week they went to another adoption event elsewhere in the area and were again denied a puppy, because they lived across the river in Maryland. We decided that enough was enough and flew Lulu in from California, where our son had been taking care of her for a neighbor suffering from dementia. A win-win in the end. Photo contributed

By Laurie and William Young