Day of Service in Montgomery County Brings Out the Best
Votes

Day of Service in Montgomery County Brings Out the Best 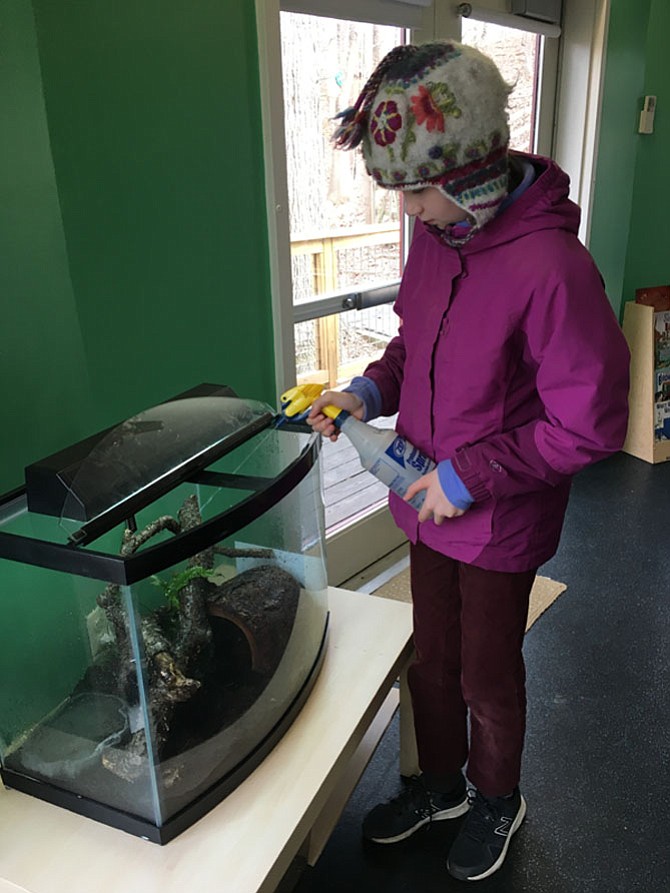 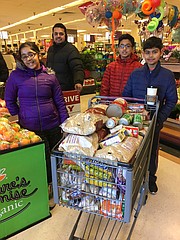 Amrita Sadhu, Archit Ravishankar, and Ayusha Kadigari, students at Robert Frost Middle School, show off one of the baskets of food donated by customers at the Potomac Giant Food store Sunday, Jan. 14. The students greeted shoppers with a list of foods from Manna Food Center, and asked them to purchase items and donate to Manna as part of the Martin Luther King, Jr. Day of Service. 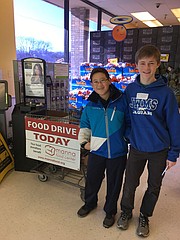 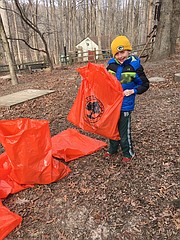 Anderson Campellow, 8, displays the bag of trash he collected along the creek at Locust Grove Nature Center. Anderson and his parents spent time collecting trash at the Nature Center Monday, Jan. 15 as part of the Martin Luther King, Jr. Day of Service. 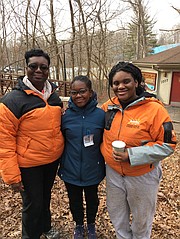 Carlyne Cardichon and her daughters Gaby, 13, and Martine,15, of Potomac, were among the volunteers who helped with clean up projects at Locust Grove Nature Center in Cabin John Regional Park on Monday, Jan. 15. More than 50 volunteers helped at the Nature Center as part of the MLK Day of Service.

This year marks the 50th anniversary of the death of Martin Luther King, Jr., civil rights activist who was assassinated April 4, 1968.

On Monday, some Montgomery County citizens celebrated his life and legacy with a Day of Service, volunteering throughout the area, collecting food for Manna Food Center, making bag lunches for homeless shelters, and cleaning up the environment by picking up trash along stream beds and pulling invasive species from parkland.

Most of those who volunteered at Locust Grove Nature Center in nearby Cabin John Regional Park only know of King’s work second-hand but were happy to brave the cold weather to make their corner of the world a better place.

“My mother said [Dr. King] was all about service and serving people no matter what race, creed or gender,” said Martine Cardichon, 15, of Potomac.

“We found lots of tennis balls and plastic bottles and lots and lots of Styrofoam,” Martine said. “I even found a plastic water gun.”

Much of the trash, she said was frozen to the ground and they could not get it, still, they, along with other volunteers collected a dozen large trash bags full of debris.

Though collecting trash on a very cold day is not a glamorous job, Martine said it was an important one.

“The Earth belongs to everybody and trash can kill wildlife, that would disrupt the food chain which will disrupt the whole,” Martine said.

Carlyne Cardichon said she and her daughter helped at the nature center because it was a day of service but also because they live nearby and enjoy the park.

“We enjoy the park so much, we want to keep it clean, not just for our family but for everyone,” she said.

Inside the nature center, Scarlet Mann, 12, of Carderock Springs, helped naturalist Calvin Sweeney, clean a turtle cage and spray moisture in the home of Prince Charming, the center’s resident toad.

About Martin Luther King, Jr., Scarlet said that King helped his world and that is the point of the Day of Service.

“I think mostly what they are trying to do is incorporate those who help the world connect it to the environment,” she said. “We are helping the environment, where Martin Luther King was helping people.”

Another trash collector for the day was Anderson Campellow, 8, from Potomac. He seemed excited about his trash haul, holding up an almost full trash bag and recounting the various things he found.

Anderson and his parent, Alida Anderson and Lenny Campellow, said they help at Locust Grove every year for the Day of Service.

Clean up at Locust Grove seemed like a big success, naturalist Rebecca Wadler said. “We had a lot of people who signed up and we had a lot of people who just showed up. We are a very small nature center so we really do depend upon the public to help us,” Wadler said. “When we do these days it [develops] ownership of the nature center and helps us grow.”