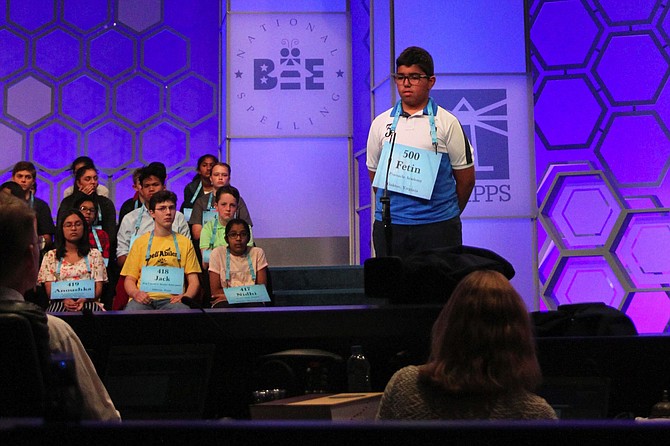 Fetin Hussain thinks over how to spell “wisent” in round two of the Scripps National Spelling Bee on May 29. Photo by Tom Manning/The Connection

The 91st Scripps National Spelling Bee took place from May 29 – 31 at the Gaylord National Resort & Convention Center in National Harbor, Md. A record-number 515 spellers competed this year after launching an invitational program called RSVBee. Among the competitors was Fetin Hussain, a 12-year-old 7th grader at Pinnacle Academy in Oakton. He did well onstage by spelling “wisent” correctly in round 2 and “wheezy” correctly in round 3, but he did not advance to the finals based upon his score on the preliminaries test.