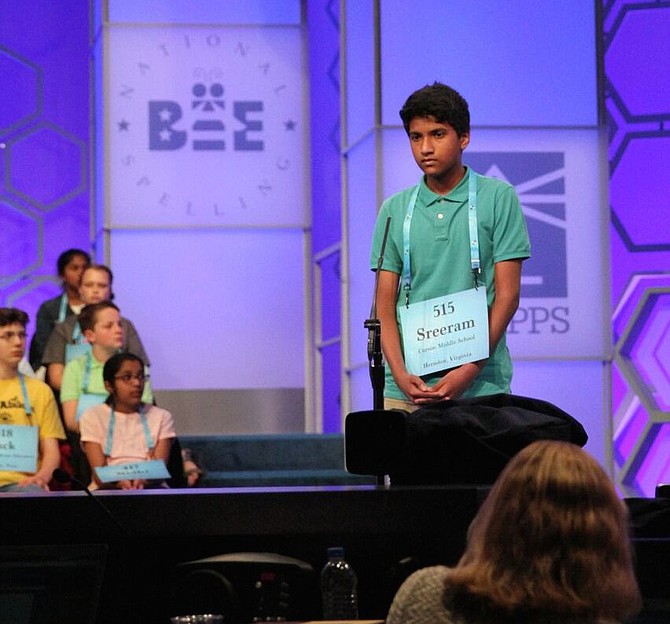 Eighth-grader Sreeram Pillai of Herndon listens as background information is given for the word “forastero” on May 29 at the Scripps National Spelling Bee. Photo by Tom Manning/The Connection

The 91st Scripps National Spelling Bee took place from May 29 – 31 at the Gaylord National Resort & Convention Center in National Harbor, Md. A record-number 515 spellers competed this year after launching an invitational program called RSVBee. Among the competitors was Sreeram Pillai, a 14-year-old eighth grader at Carson Middle School in Herndon. He spelled “forastero” correctly onstage in round 2, but misspelled “dropsy” in round 3, which eliminated him from the competition.