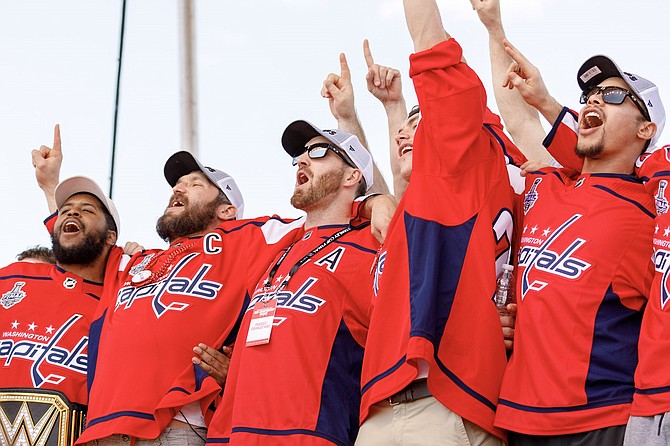 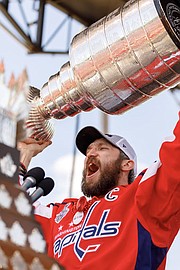 Washington Capitals captain Alex Ovechkin raises the Stanley Cup during the team’s victory parade and rally June 12 in D.C. The Caps, who practice in Arlington, won their first NHL championship in the team’s 44-year history.

Jay Beagle greets the crowd along the victory parade route.

Center Nicklas Backstrom speaks to the crowd at the Caps victory rally June 12.

Fans from around the region turned out June 12 for the Washington Capitals’ victory parade in D.C. celebrating the team’s first Stanley Cup championship in its 44-year history.

The Caps, whose second home is their practice facility in Arlington, claimed the title on June 6 with a 4-3 victory over the Las Vegas Golden Knights in game 5 of the best of seven series.