Red, White and BBQ in Alexandria 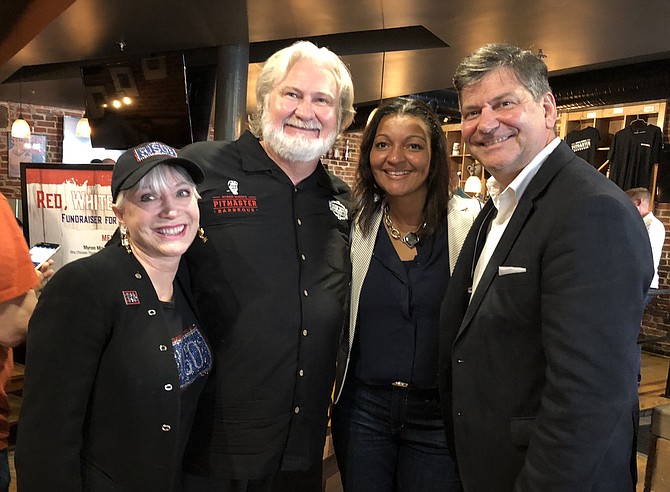 “It only made sense for us to host an event for the USO.” — Pitmaster celebrity chef Myron Mixon 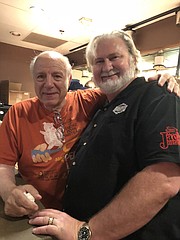 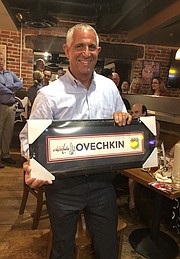 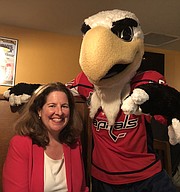 Sports fans from around the region descended on Myron Mixon’s Pitmaster BBQ Restaurant in Alexandria on June 19 for the second annual Red, White and BBQ fundraiser to benefit the USO of Metropolitan Washington-Baltimore.

“I’ve done some USO tours before – to Kuwait and South Korea – so it only made sense for us to host an event for the USO,” said celebrity chef Myron Mixon, a four-time barbeque world champion.

The event was sponsored by Giant Food ahead of this weekend’s Giant National Capital Barbecue Battle, one of USO Metro’s largest fundraisers, and featured silent auction items from Washington’s sports teams, including autographed items from the Stanley Cup champion Washington Capitals.

“This is the third year for Giant to serve as the title sponsor of the Barbeque Battle and second year to partner with the USO,” said Giant Food representative Daniel Wolk. “Our USO fundraising campaign began Memorial Day weekend and runs through the Barbeque Battle this weekend. So far we have raised more than $500,000 in support of our troops.”

“Shoppers can still support the USO by donating at the checkout line through June 24,” Wolk added. “Cashiers will ask if you want to round up your change or donate $1, $3 or $5 when you are paying for your groceries.”