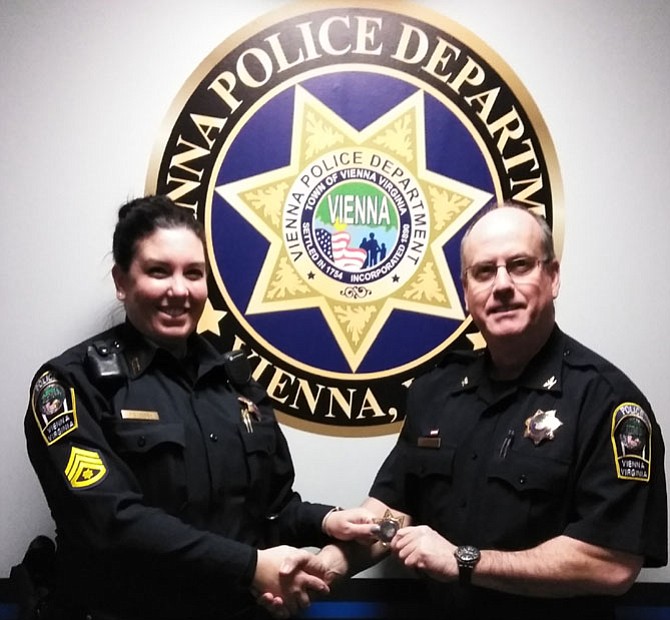 On March 12, Detective Kristin Ruddy was promoted to the rank of Sergeant. Sgt. Ruddy is an 11-year veteran with the Town of Vienna Police Department and she has served the department in several different capacities.

Sgt. Ruddy joined the ranks of law enforcement following in the footsteps of her father who has been a Connecticut State Trooper for over 30 years. Sgt. Ruddy is a certified breath tech operator, bike team member, field training instructor and she also serves as the lead instructor for the department’s Rape Aggression Defense (RAD) program. Upon completion of her training, Sgt. Ruddy will be assigned to supervise a patrol squad.