Humor and Storytelling in Reston to Create a Climate for Change 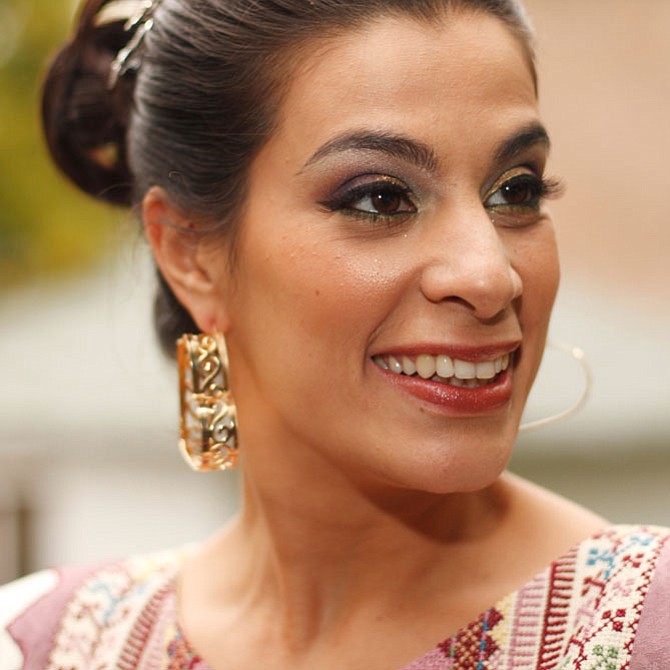 Maysoon Zayid has performed in top New York clubs and toured extensively. She has been an honoree of United Cerebral Palsy of New York City's Women Who Care Awards and given a TED Talk titled “I’ve got 99 problems … palsy is just one of them.” Zayid has also appeared in the documentary “The Muslims are Coming!” Soon she will be appearing at CenterStage.

“I saw Maysoon Zayid in New York and was taken by her delightful humor, sharp perspective on the world and charming personality. Laugh with me as we see the world through this amazing comedian’s eyes,” said Paul Mischnewicz, director, arts and events, Reston Community Center.

“I love taking situations that frustrate me and spinning them into comedy. My number one goal is to make people laugh,” said Zayid. “I never approach a joke thinking, ‘How can I change people’s perceptions about disability?’ or ‘How can I make them stop being bigots?”

Zayid has a range of self-descriptions beyond comedian, including tap dancer. “Tap dancing is my life. I don't believe I'd be living this dream if I hadn't grown up dancing. It not only strengthened my body in my battle with Cerebral Palsy, but it also instilled in me the confidence to get on stage with no fear. I consider myself an advocate. I am extremely passionate about equality for all and ending bullying.

Responding to a question about being the embodiment of diversity, “I joke that in the ‘Oppression Olympics’ I would win a gold medal because I am a Palestinian, a Muslim, a woman of color, a person with a disability and I live in New Jersey,” said Zayid. She further noted that 20 percent of the American population is disabled, but only two percent of the images seen on the movie screen are of the disabled. “Of those two percent, 95 percent are played by non-disabled actors,”said Zayid.

“I've always been a political comedian,” said Zayid. “I don't just do politics, but it is one of my favorite subjects. I have always been edgy, but this is the first time in my career that I have felt being outspoken might get me killed. I get threats online all the time because I voice my opinion politically.

“I am very much looking forward to performing at Reston CenterStage. It is a comedian’s dream to be able to do a solo show,” added Zayid.