‘An Evening with Nancy Giles’ at Reston CenterStage
Votes

‘An Evening with Nancy Giles’ at Reston CenterStage 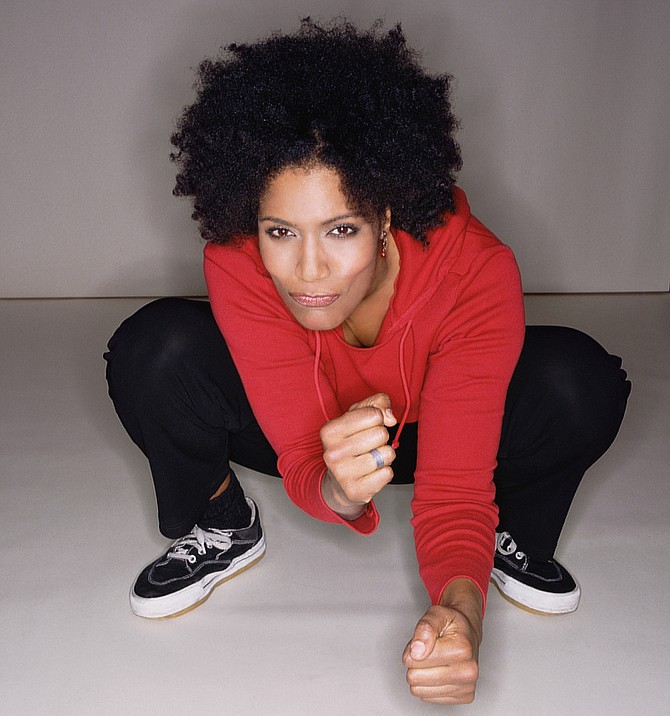 Open for some good fun. Step back from the 24 hour, 7 day a week news cycle and put away the mobile device for an evening of tongue-in-cheek humor and insight with Nancy Giles, commentator and comedian. It’s an evening titled “The Accidental Pundette: Musings, complaints, shrieks & sighs on American politics”

“I want to make people laugh, and I want to entertain them, but I also want to provoke thought and discussion.'' said Giles. Giles is an Emmy Award-winning, long-time contributor to “CBS News Sunday Morning.”

Asked why she is called the “Accidental Pundette” Giles said, “I ended up on ‘Hardball with Chris Matthews’ after he saw a mildly funny commentary I did on ‘CBS Sunday Morning’ about politics. It was a piece about how politics had become politicized, and ‘Hardball’ took it way more seriously than I intended, and they asked me some hard-hitting questions about what I’d written.

“I’m not a political pundit at all, and didn’t have facts or figures to backup my opinions – they were merely the opinions of a mouthy lady; hence the ‘pun-dette’ label. In the end, I think the fact that I wasn’t a political operative or a policy wonk worked in my favor.”

As for show title “Musings, Complaints, Shrieks and Sighs on American Politics”? “Well, I like to muse, complain, shriek and sigh about stuff! Life comes at us so quickly these days, and social media keeps up connected and up-to-the-minute at a dizzying pace. And while millions of people tweet, post, and shoot videos all day long – I prefer to muse, to take a breath, to think a little before reacting. And as a native New Yorker, I’m a big whiner/complainer - our shared complaints to one another are part of our unique way of communicating.”

Giles hopes that the CenterStage audience will “know a little more about me and where my ideas and opinions come from, and maybe that will shake up some stereotypes in funny ways. I hope they’ll laugh and think and have questions and share some of their stories with me (we’ll have some time for a Q&A afterwards). When we take the time to listen to each other, it’s amazing how much we have in common, despite how divided it feels at this moment. Humor helps, and heals.”

Be ready for a memorable time with Nancy Giles at CenterStage.