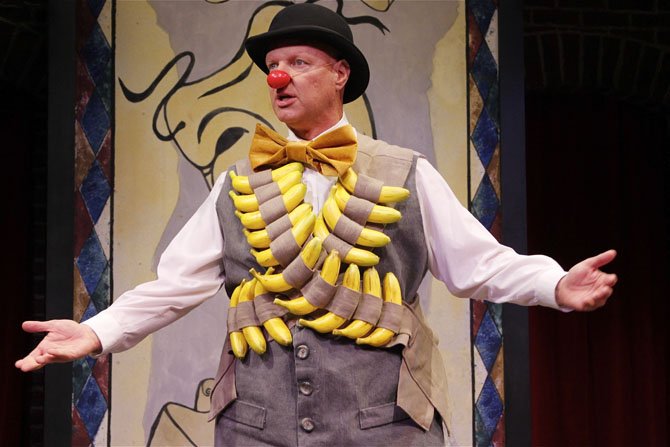 A singular delight is soon arriving at Reston's CenterStage. An extravaganza of theatrical comedy covering over a week of different performances as the beloved Reduced Shakespeare Company (RSC) lays anchor. "The scope of this 'extravaganza' is a special gift to Reston for the 50th Anniversary," said Paul Douglas Michnewicz, Arts and Events Director, Reston Community Center CenterStage.

"I can think of no better way to celebrate such a milestone than by spending time with the fellows who have brought laughter to our patrons for 27 years," noted Michnewicz. "Restonians have grown up with the laughs supplied by RSC. Their comedy is smart and silly. An excellent combination."

What is the "Extravaganza?" The RSC will be performing eight very different shows with seven different cast members. There will be the premiere of "The Complete History of Comedy" and remounted productions of shows about Shakespeare, Sports, the Bible, and more. So you can get your fill of many or pick and choose. It promises to be a smorgasbord of fun.

RSC cast members said they “love performing in Reston because everyone is so welcoming and enthusiastic. It feels like our home away from home."

They have performed in Reston every single year since they began touring in 1987 so their visits to Reston are like visiting with long-time friends once a year and catching up with each other."

Their first performance will be the Reston premiere of their latest show "The Complete History of Comedy (abridged)..."

There will also be school workshops, a Comedy Boot Camp, book signings and more. "I know where I am going to be in September, anyone who wants to discover or rediscover-the Reduced Shakespeare Company, should join me," said Leila Gordon, Executive Director, Reston Community Center.