‘Respect for God, Creation, One Another’ in Alexandria
Votes

‘Respect for God, Creation, One Another’ in Alexandria 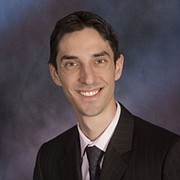 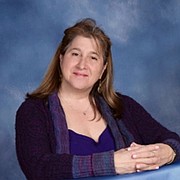 Below is the fifth in an ongoing series of conversations with local religious leaders about religion in the public square. It’s edited for space.

Rabbi Steven Rein leads Agudas Achim, a Conservative Jewish congregation founded by 14 families in 1914. Over the decades, the congregation grew, meeting as various sites until settling in 1958 at its current location, about half-a-mile north of T.C. Williams High School. Rein “is committed to building a caring community, fostering Jewish learning, and encouraging our members to turn words into action,” according the congregation’s web site. He’s also a reserve Air Force chaplain. Chaya Silver serves as the education and youth director. She oversees the congregation’s religious school, which, through Hebrew studies and other activities, aims to “impart a positive, lasting Jewish identity” to some 125 students.

Does your congregation have a systematic doctrine for engaging the wider secular community? I think of the Prophet Jeremiah telling the Israelite captives in Babylon to “seek the welfare [Hebrew: ‘shalom’] of the city to which I have exiled you and pray to the Lord in its behalf; for in its prosperity you shall prosper.”

Rein: Certainly Judaism in general, and our specific denomination of Conservative Judaism, speaks to … what we like to call “tikkun olam” — sort of repairing the world, making the world a better place. … [This is] an overarching guideline or value that gets acted upon in individual communities.

Is the city itself an object of, not just care, but transformation, in your mind? The religious congregations in this city do an awful lot with regard to charity.

Rein: We constantly struggle with — struggle in a positive way — how to act on our values in the public sphere. I’m not going to stand up on the pulpit and tell people, “You need to vote for So-and-so,” or dictate people’s politics. There’s a tradition in the community of … lobbying individual congressmen or -women on issues … [But] at least since I’ve been here, I can’t recall instances of, “Let’s go speak to the local council person on such-and-such an issue.”

Silver: We, as a minority religious community here, need to work with compassion and patience with the larger community that doesn’t always take into account the needs of our religious calendar. [For example, in the public schools,] standardized testing on holy days. [Also,] because there aren’t a lot of Jewish congregations in the area, we can’t quite specialize. … We have to cast a very broad net and have a very big tent …

Rein: The [congregation] has pretty equal representation from three jurisdictions. If our focus becomes … Alexandria city local politics, two-thirds of the congregation [are left out.] As opposed to, when you bring it up a level to statewide, let’s say. The Jewish community participates every year in an advocacy day down in Richmond, and looks at things that are important to Jewish values that people are active on. Or on national levels. In June we have representatives coming from an organization called Mazon, which is an organization that focuses on lobbying and advocating in Congress on getting to the root cause of hunger challenges within the U.S.

The Hebrew word translated as “welfare” is “shalom.” What is shalom?

Silver: There are things like widows, orphans, children, animal rights that everybody can get behind. Some of the more complex issues — whether its reproductive rights or gun [related] constitutional rights, free speech — I think then we do have challenges, as any faith community would, which is, how do we balance the uniqueness of who we are … with the understanding that we live in a country that celebrates multiculturalism? And where do we sort of pull back and when do we say, “No, I can’t cross this line because it’s a singular value that I’m not willing to change?” It’s not always easy in this country these days being in the minority. [For example,] secular events that are scheduled on Saturdays, where that writes us out; or it forces a family to choose. We’re straddling those two worlds over and over again.

Rein: As a minority faith community, there’s certainly a lot of time spent just on identity-building and maintaining our own identity. I think folks have an easier time accepting minorities who are interested in sort of blending in. I think minorities who want to continue maintaining their distinctiveness is a little more challenging.

Silver: [Shalom comes] from the root that means “wholeness” or “completion,” as opposed to “welfare.” When that happens we have peace, … we do take care of the communal welfare and those in need. … It’s a complex concept … We want all that is good in us to be all that is good in you — your health, your wellbeing.

The prophets talk a lot about “justice” [Hebrew: “mishpat”] and “righteousness” [Hebrew: “tzedaqah”]. … I’m dubious as to whether contemporary English, and certainly partisan vernacular, translates these concepts accurately. What are the prophets calling for?

Rein: We often translate [tzedaqah] either as “righteousness” [or] “charity.” The root is “tzedek” [another word meaning “justice”] … What’s the symbol of justice? It’s the scales. How do we achieve wholeness, is literally creating a balance in the world in which we live …

Silver: The balance is between compassion and justice. Those two things in our culture are always in a very delicate balance. Even multiculturalism, even the ability to say, “We have core differences, but it’s more important to me that we live peacefully than being right in the pursuit of what I want. … Mishpat is about balancing the letter of the law with the compassion and justice that really happens when we implement the law. [I think the prophets are calling for] a subtle and beautiful balancing between black-and-white and compassion.

Rein: We sometimes can go down the path of sacrificing justice on the altar of justice. You could take the modern example of, “What do we do with the children of illegal immigrants?” Sometimes the right thing to do may not always be strict justice. That sort of opens the plethora of different opinions as to, how do we then respond to situations where you can’t just rule like a computer, input this and output the answer? You’ve got to use the human heart and emotion.

My parish is in Old Town and we have taken a real interest in the affordable housing issue in our area. It used to be the wrong side of the tracks, now it’s the right side of the tracks [and gentrification forces people out].

Rein: Strict justice would say, “Whatever you can get for your square-footage, that’s what you should get for it.” But if you sprinkle in righteousness … at least Judaism would say — I think most of our faith traditions would say — “Yes, you are your brother’s keeper. No, Cain, you’re wrong.” Sometimes we need to do what is best for, not just law books, but for people.

What are the elements of justice and righteousness that you think are most critical at this moment in Alexandria? Positive and negative.

Rein: The city, while not necessarily perfect, is working to ensure that there is affordable housing. [Also,] while there are challenges with having a singular high school in the city, it enables there not to be, “That’s the wealthy high school for people who can afford to be in the wealthy neighborhood,” and, “That’s the poor person’s high school …”

[During Civil Rights people of faith] stood in the public arena in various ways and said, “No. That thing that is happening culturally, that’s not OK, that needs to be fixed, politically, economically, in a lot of different ways.” What would be the Pettus Bridge of Alexandria, where faith communities would come out and say, “No”?

Rein: It certainly seems that there’s not a singular cause or issue of the day. And I think even those causes that are very important, we struggle to keep them out of partisanship.

Silver, referring to local protests against white supremacy: If you start by teaching hate, and that’s your fundamental value, then nothing else is going to happen. We take that truth, which is, we are all created in the image of the divine, and that’s got to be a starting point. The fundamental teaching of showing respect for God, respect for creation, respect for one another — that’s the very heart of what we’re doing; then we can grow.

Rein: I think it’s the core of Judaism.

I think … people can have an [attitude of] “I put the there’s-no-vacancy-for-hate sign in my lawn, and therefore that means that I’m an accepting person.” But when it comes down the concrete things that would allow different people to actually live here and be your next-door neighbor, [Alexandria] gets just as not-in-my-backyard as anybody else.

As a Catholic, I feel a major tension between the two big partisan platforms [especially regarding the spectrum of “pro-life” issues: e.g., abortion, poverty, the environment]. Does your community feel any similar tension?

Rein: Some 70 percent [of American Jews] are registered Democrats. [Yet] I think people feel frustrated that there’s no political camp that really speaks to their values. “Of all these things I care a lot about, which one am I going to now choose to vote on?” … [For example, because Jewish school is expensive,] discussions about [the trade-offs of providing public monies for] private school education.

Silver: The most important thing for [some American Jews] is the importance and safety of the state of Israel. For others, they’re saying, “Yes, I think that’s a core value for who I am as Jewish, but I can no longer let that be [the top priority].” It’s difficult for every person I know, especially in a country now that’s so split, black-and-white, right-and-left, because none of these issues are so black-and-white. All of those things will have to have the ability to find ways of working together and compromise — even compromises that hurt our very souls. I think [that’s] where the value of working locally in some ways has maybe a bigger value than a national election. How can I even worry about whether I have a president who’s pro-life or a president who’s pro-choice when I live in this wealthy area and we have mothers giving birth and dying [at a rate higher than the national average]? Sometimes the answer is the less wrong one. Teaching how to do that … is a big part of what we do.

Rein: It’s not enough to say, “Well, I tried, so I’m done now.” … Each and every day we have to wake up and say to ourselves, “What am I going to do today to help move those scales or that needle a little bit more towards the balance?”