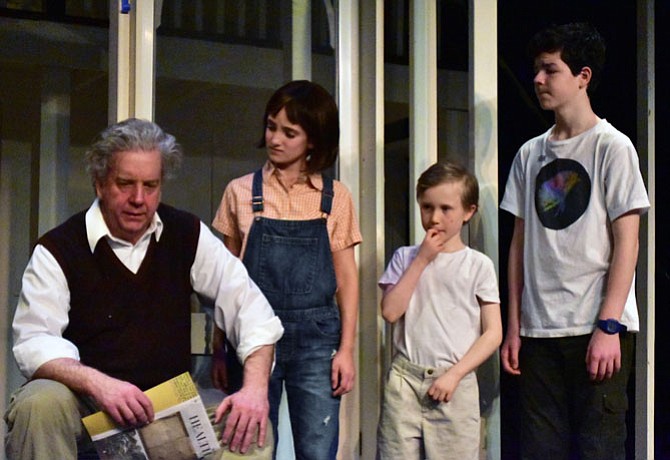 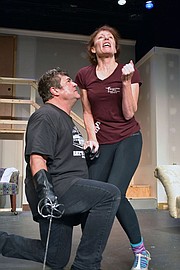 Michael Donahue and Maria Watson in rehearsal for Providence Players’ “Moon Over Buffalo.”

Providence Players of Fairfax County was recently honored with a number of WATCH awards for community theater excellence. Celebrating its 18th year, WATCH, the Washington Area Theatre Community Honors, is an organization founded for the adjudication and presentation of annual awards recognizing community theater artistic and technical excellence.

There were a total of 99 productions; 33 musicals and 66 plays adjudicated by WATCH during calendar year 2017. There are about 30 community theaters that are members of WATCH located throughout Virginia, Maryland and the District of Columbia.

The Providence Players received WATCH awards for two of its 2017 productions. The productions were the zany comedy “Moon Over Buffalo” and for the heartfelt drama “To Kill a Mockingbird” adapted from Harper Lee’s Pulitzer Award winning novel.

For “Moon Over Buffalo” the Providence Players received WATCH awards for Outstanding Hair Design and Outstanding Makeup Design in a Play. These awards were for the theatrical work of Beth Harrison and Robbie Snow.

“Community Theater gives us an opportunity to do things we don't customarily do and get to know people we'd otherwise never meet,” said Harrison. “’Moon Over Buffalo’ was a tremendously fun show to do because of the cast and crew. My biggest thrill about receiving these awards is because I get to share the honors with Robbie Snow with whom I have worked on so many Providence Players productions.”

Robbie Snow thanked WATCH “for the recognition for doing something that is so much fun. Everyone says you should always do what you love. Community Theater gives you that opportunity. And thank you to Beth Harrison, my partner in crime and to all who allowed me and the magic comb to style their hair higher than they ever thought it would go!”

For “To Kill a Mockingbird” the Providence Players received WATCH awards for Outstanding Set Design by Patrick David and for Outstanding Costume Design in a Play by Julie Janson and Amanda Ranowsky.

Receiving the WATCH award, Patrick David said, “It was an honor for me just to have my name listed among the five finalists in the Outstanding Set Design category. To win the category is a testimony to the many wonderful sets that have been produced by the Providence Players over the past 20 years.”

Amanda Ranowsky said, “There were so many people who generously gave their time to help me and Julie costume this big show. Director Beth Whitehead had an incredible vision for this show, and I’m very proud of what we created together.”

More information about the Providence Players can be located at www.providenceplayers.org/