25 Years of Selling Pumpkins in Alexandria from Navajo Reservation
Votes

25 Years of Selling Pumpkins in Alexandria from Navajo Reservation 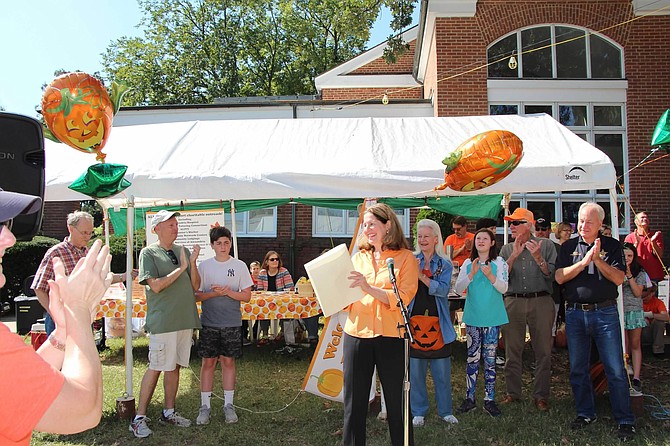 Twenty-five years ago, Immanuel Church-on-the-Hill decided to raise money for their outreach and ministry by ordering pumpkins sustainably grown on a Navajo Indian reservation near Farmington, N.M.

The Navajo people in turn raised the pumpkins as a primary source of revenue for their community. That decision has grown in popularity to the point where the church now annually donates the proceeds reaped by the pumpkin patch sale to 25 charities.

In a church press release announcing the 25th anniversary effort, Rev. Randy Alexander, Rector of Immanuel, said, “The Pumpkin Patch is a wonderful ministry for many reasons. It is our welcoming door to the community, and it gives us the resources to do God’s charitable work.”

The church donates to Alexandria charities working with the homeless, provides education assistance, and supports anti-poverty work. It supports a children’s ministry in Haiti and provides help to East Africa communities.

The story of the Pumpkin Patch, from 1993 to the present, can be told through these numbers:

The Pumpkin Patch will continue through Halloween, Oct. 31.